On first hearing the III LZ loudspeakers, I felt that they lacked in bass and warmth, although they were very detailed, and exhibited the good transient response associated with infinite-baffle enclosures.

An example of this detail arose whilst listening to the Beatles Abbey Road L.P. where for the first time I heard all the edits that pieced together the passages on side two of the album.

Using a commercially available loudspeaker enclosure design program called “Bass Box Pro” I was able to do the following.

1)      Establish the Thiele-Small parameters of the drivers.

2)      Reverse-engineer the cabinets to model their performance.

The results were very much in line with my listening experiences, and showed that the III LZ`s had a Qtc of 0.5
Where Qtc is the total Q of the speaker system at resonance.

To put this into context, the dimensions of an infinite-baffle enclosure are chosen to achieve a given Qtc, which will determine its response characteristics. To quote from Dickason`s Loudspeaker Cookbook:

“High Qs in the vicinity of 1 tend to have a warm, if somewhat robust quality that audio marketing people describe as “saleable”. Lower Q values around 0.8 sound more detailed (due in parts to improved transients) and by comparison somewhat shallow.

Qtc =0.5 is usually regarded as excessively taut and over-damped. Some authorities, however still consider this value ( 0.5 – 0.6 ) to be optimal. ”

This indicates that the cabinet size used was about the smallest possible for the driver.

The thrust of Tannoy`s design for the IIILZ was of course that it should be a compact stereo book-shelf loudspeaker for use in a modern space-conscious home. This being a considerable departure from earlier large monaural horn loaded designs.

Using the Bass Box program, I designed an infinite-baffle enclosure which would have a Qtc of 0.7 and set to work with my favorite one inch birch plywood. 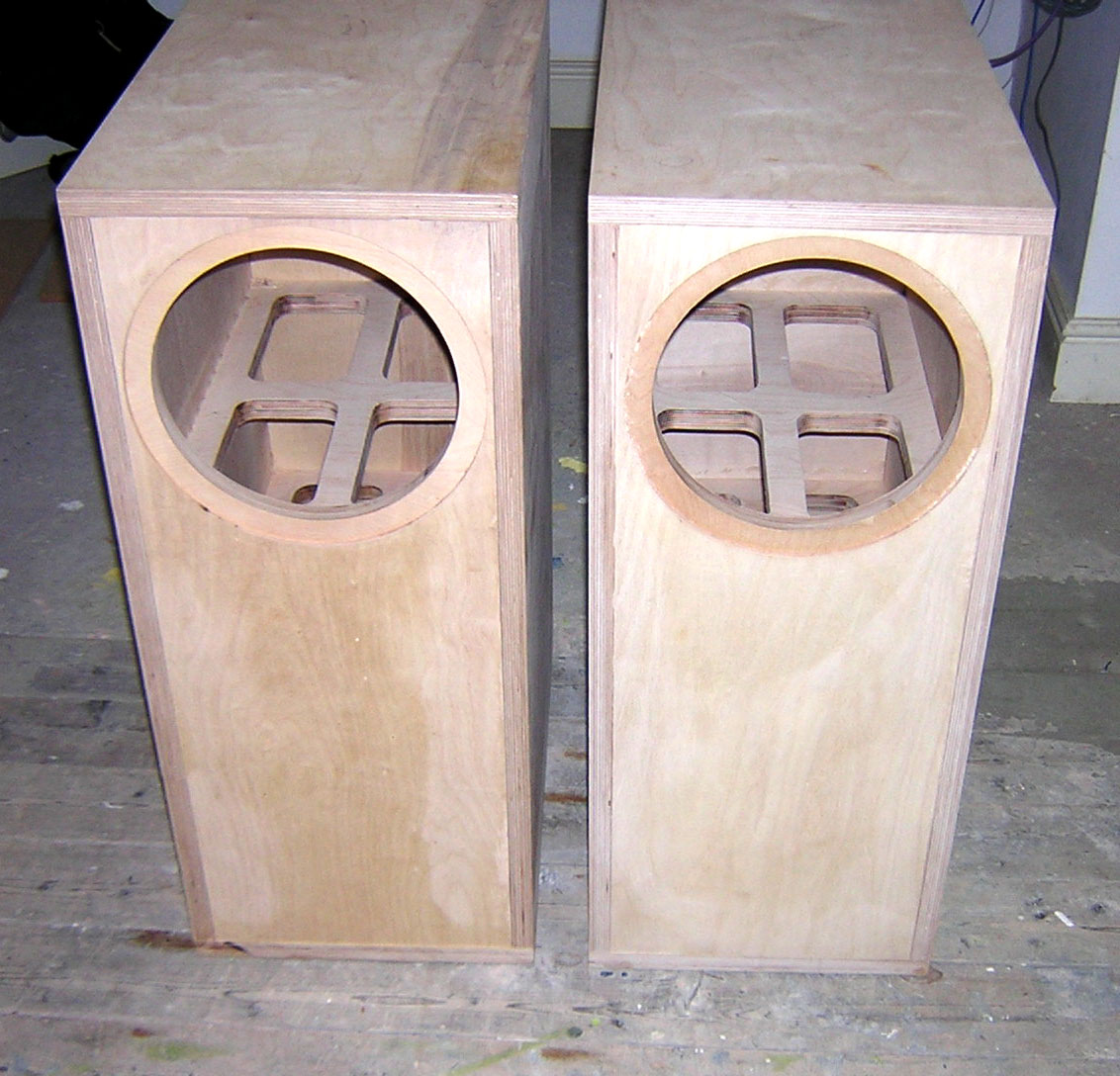 Two internal shelf-braces were used in each cabinet. 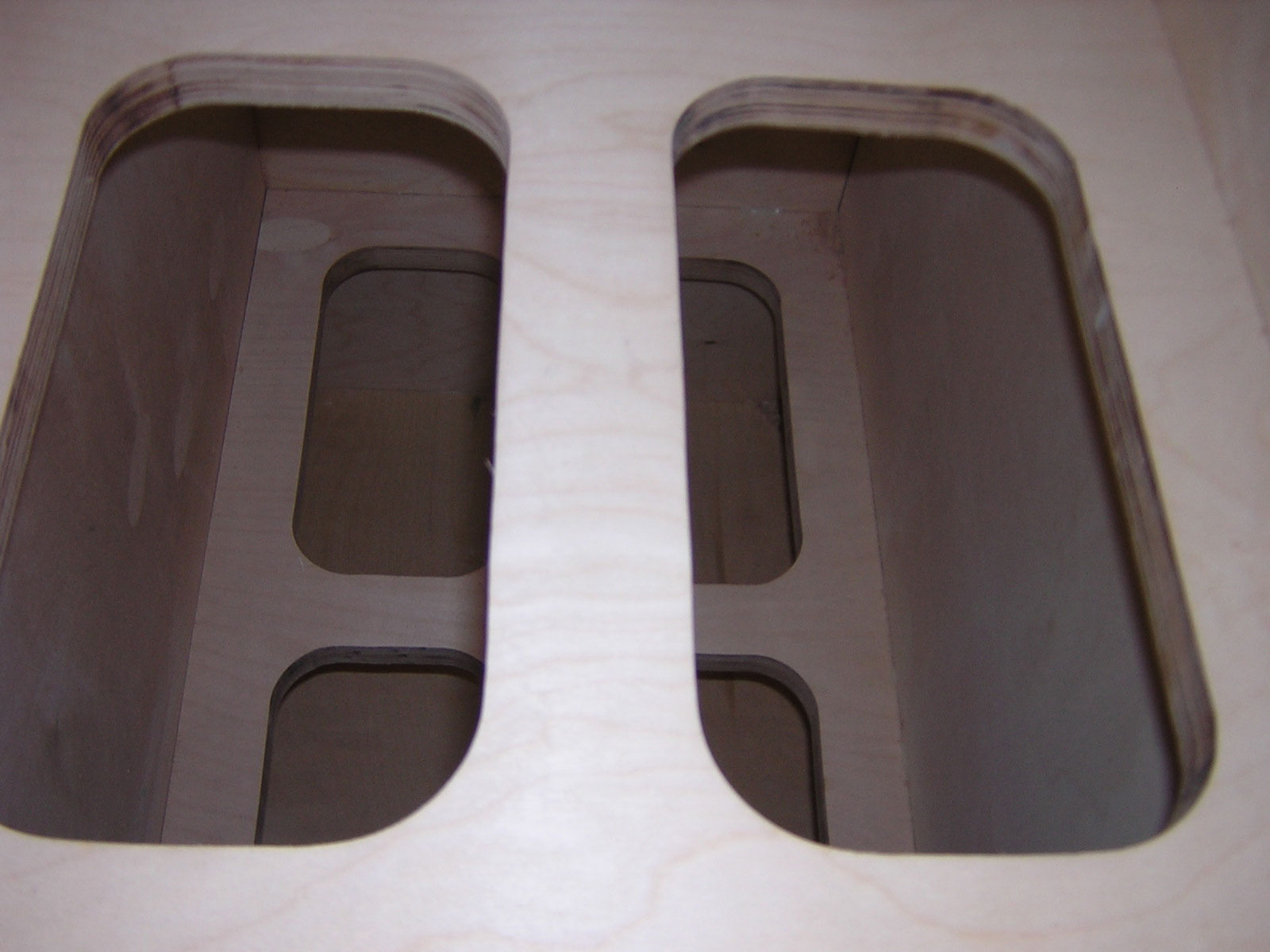 Re-construction of the crossover filters

The crossovers were re-constructed in order to isolate the LF and HF filters, allowing for bi-wiring back to the amplifier terminals. All the original inductive components were used, but all capacitors replaced with high-voltage polypropylene ones. New resistors were also used. If you're not a qualified electrical engineer then you may want to hold back or talk to your home insurance provider before taking on a project like this. The last thing you'd want is a fire to start and then have to explain that you was trying to re-build a Tannoy! 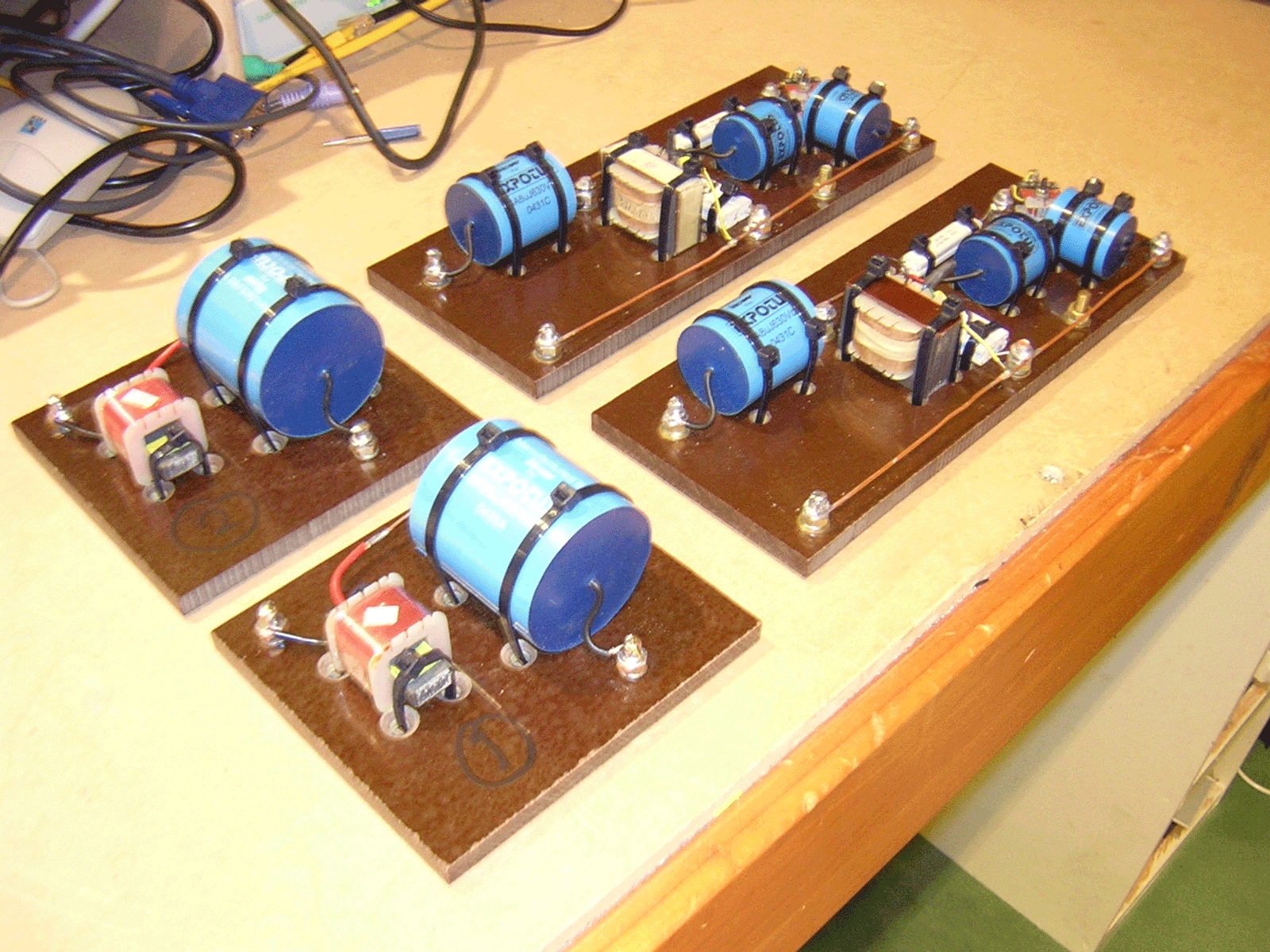 Rebuilding the crossovers eliminated the poor crossover switches and flimsy wiring on the originals, as well as introducing sonically superior capacitors. The appropriate auto-transformer tap and resistor values were chosen to achieve what would have been the neutral position on the original crossovers. 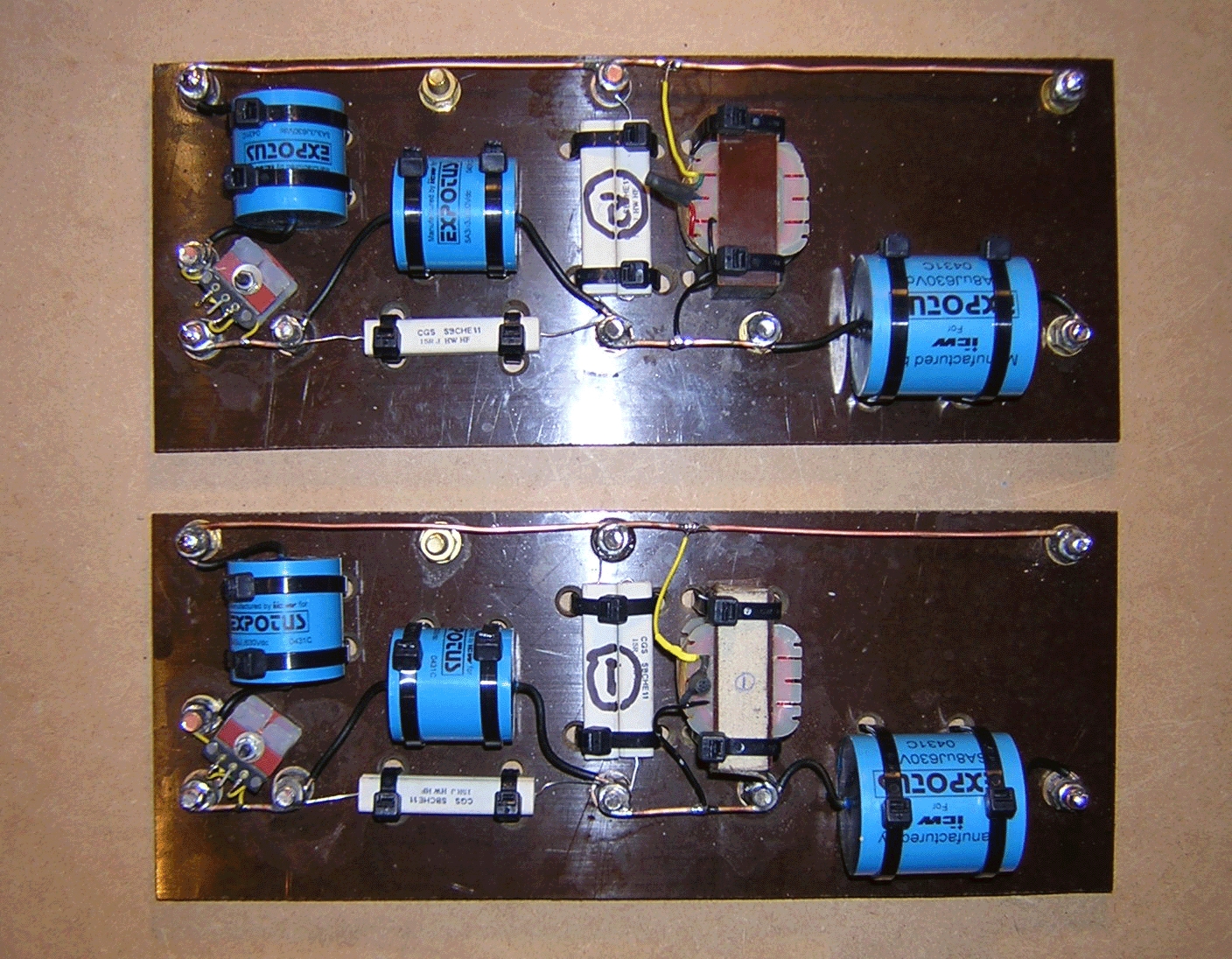 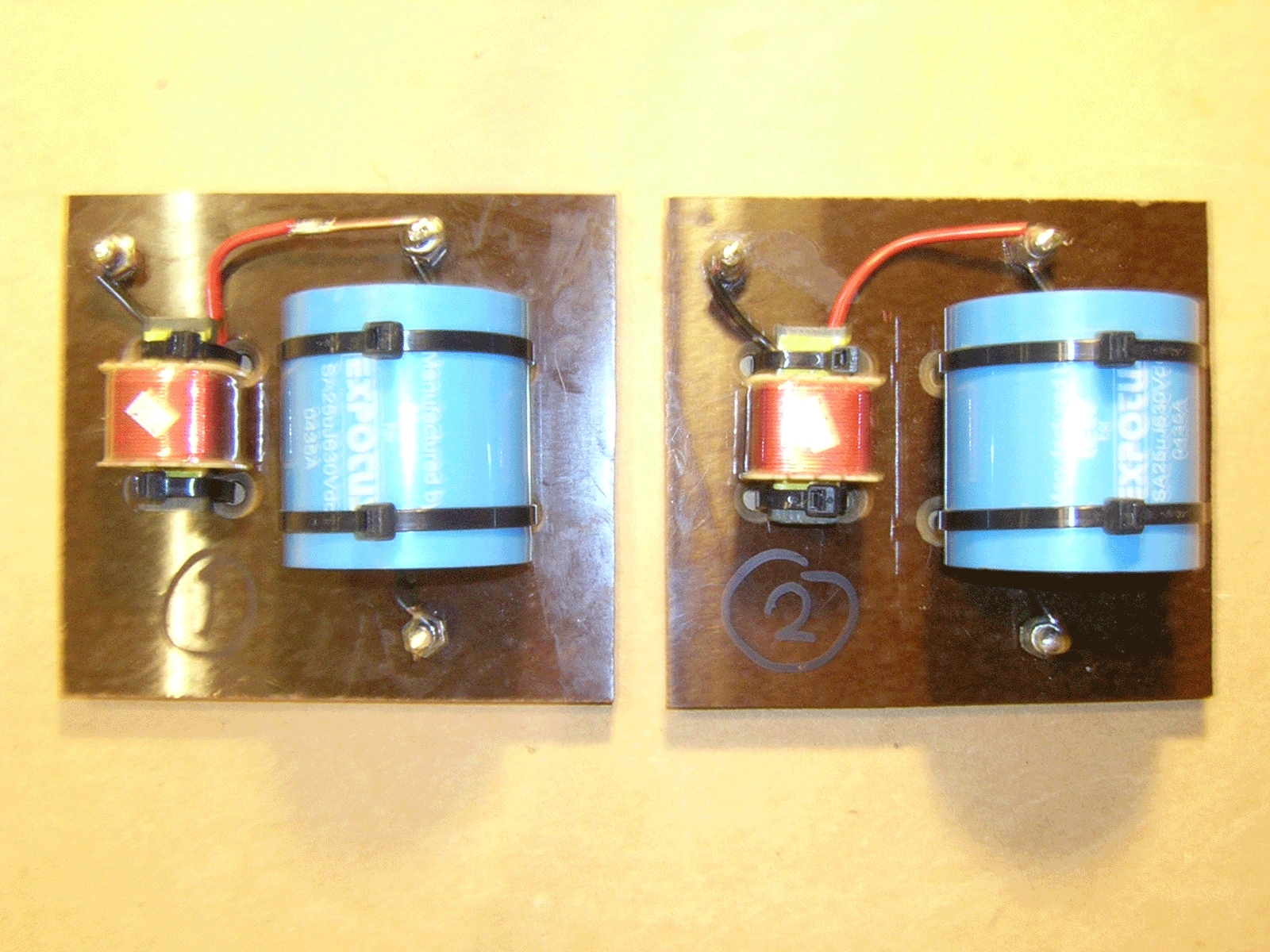 The boards were tested 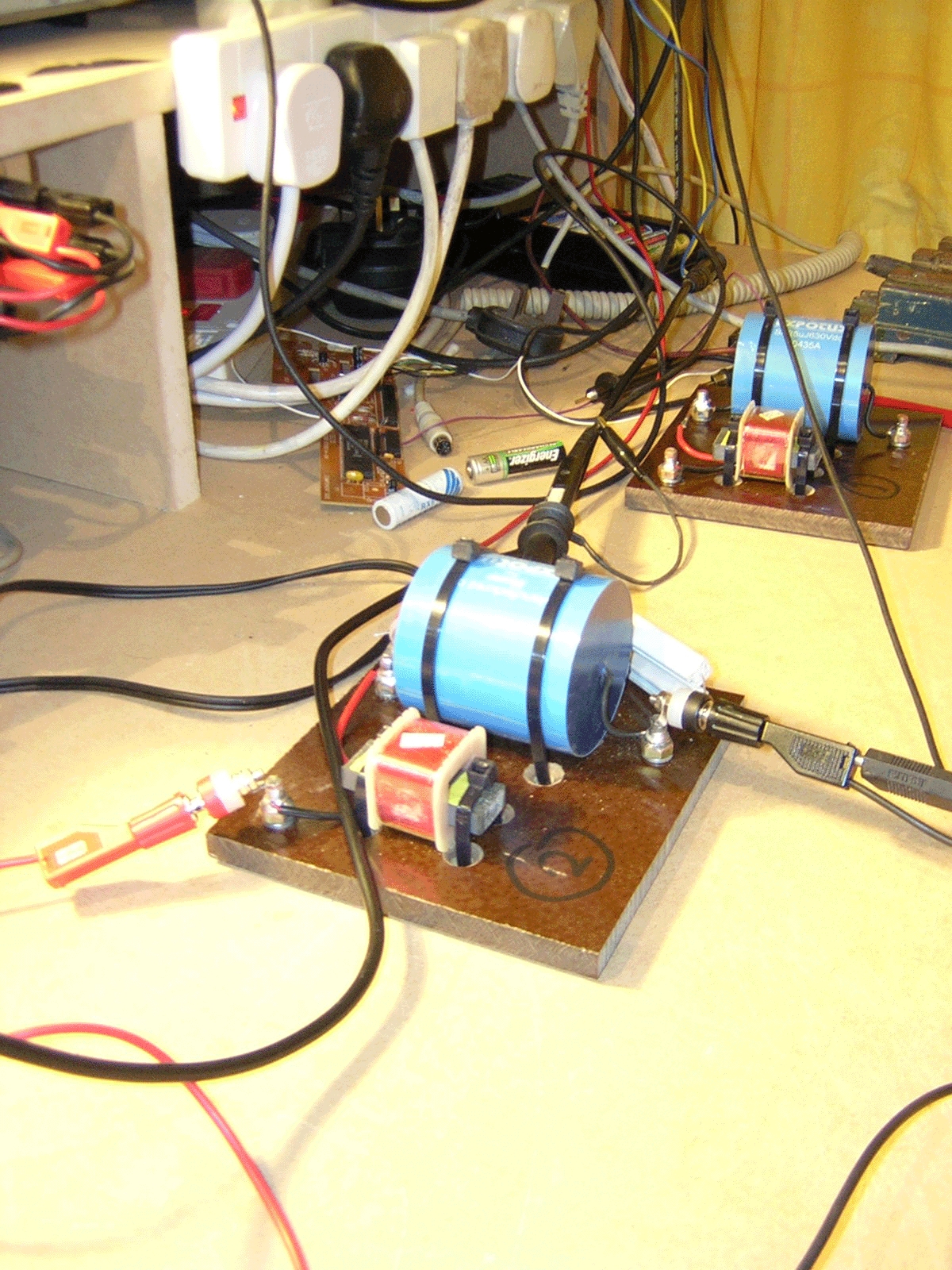 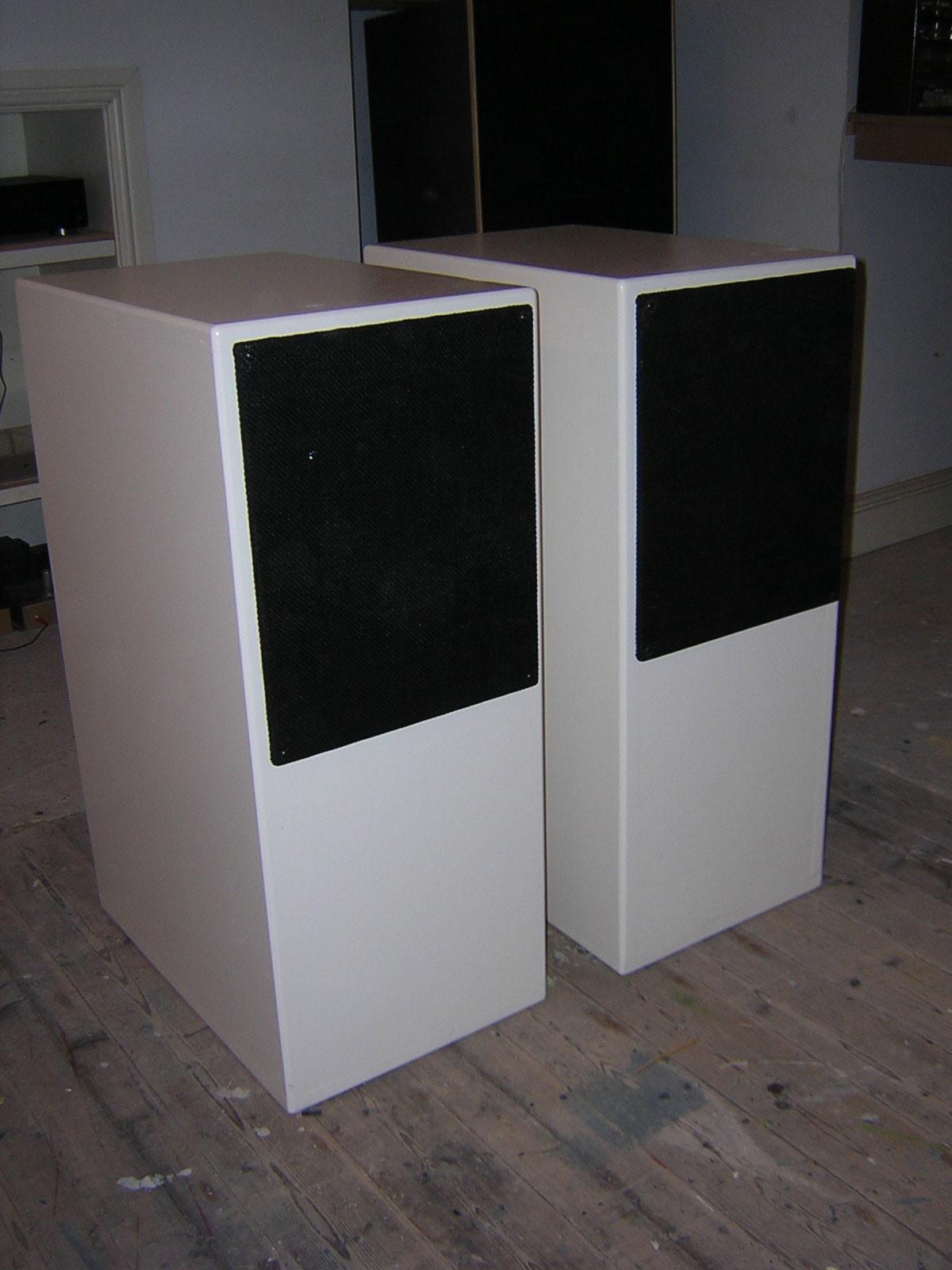 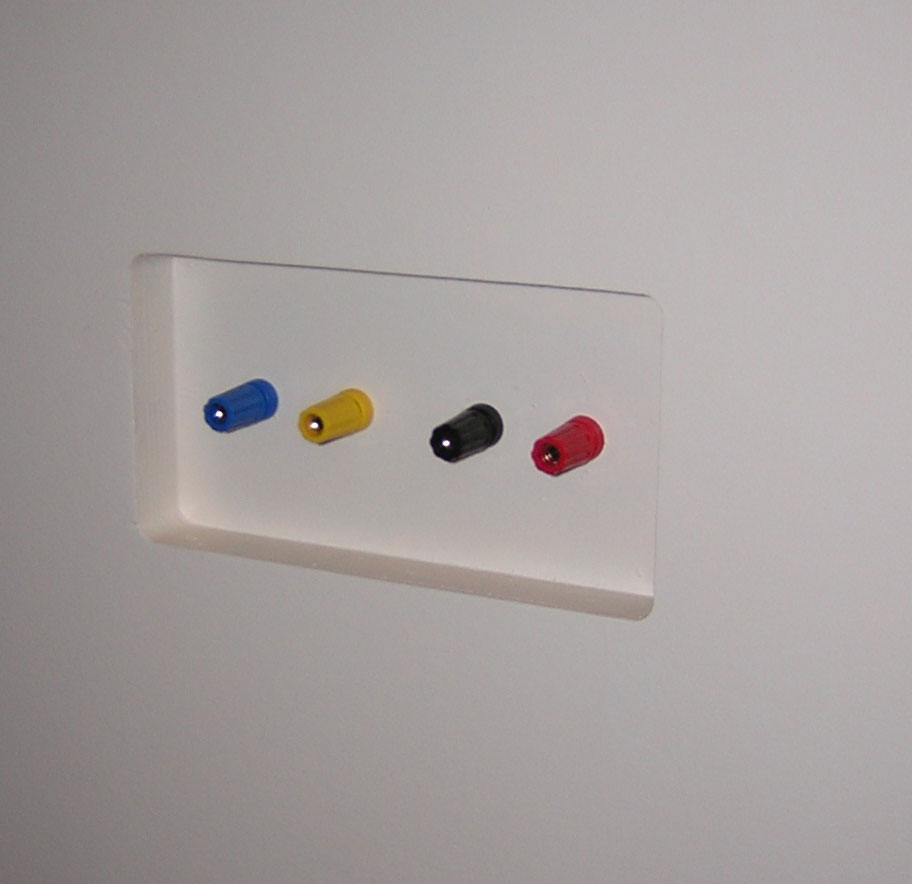 This next picture shows the finished cabs in place. 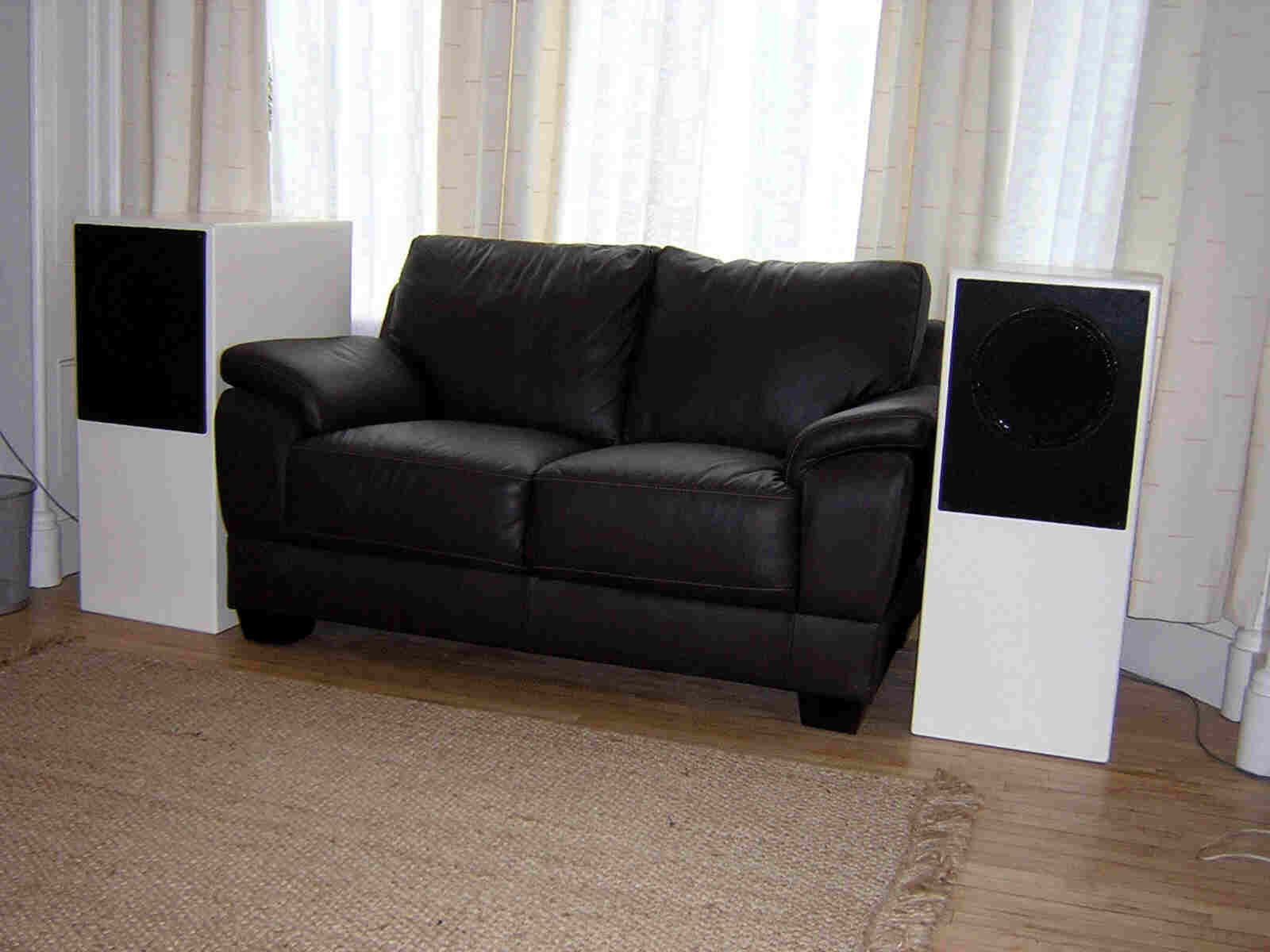 Considerably larger than the originals and nothing like a book-shelf loudspeaker, I am pleased with the outcome and consider the performance of the IIILZs to have been greatly improved.

The larger cabinets produce increased bass and warmth, whilst retaining good transient response. I am sure that re-building the crossovers and bi-wiring will also have contributed to the overall improvement in sound.

As an aside, you are correct in thinking that the layout in the last picture is not ideal for listening purposes. You are correct of course, but when it comes to getting some new enclosures accepted within the home you may consider the following:

1)      Offer to paint them in a matching colour. (see how well they match the curtains !)

2)      Point-out that they have flat tops onto which plants or flowers may be placed. (courtesy of Nial, somewhere in a Welsh valley)

3)      Emphasise how small they are compared with the last ones you made.

4)      Accept that they may initially situated in a less than ideal location.