The Tannoy Chester T-165 is a ~ 45 Litre reflex box with a Tannoy DC10 2528 DC driver.
The box is well built, looks nice in a classic home interior, but also usable as studio monitor without fronts.
The driver of the Tannoy Chester is the 10' Dual Concentric Tannoy 2528 with pepperpot tweeter and ferrit single magnet. 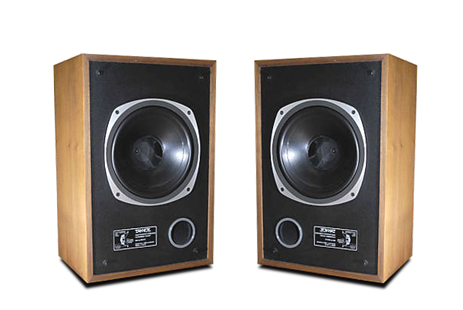 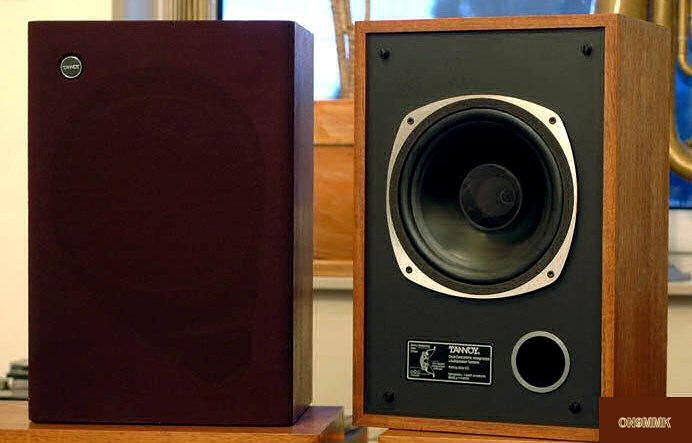 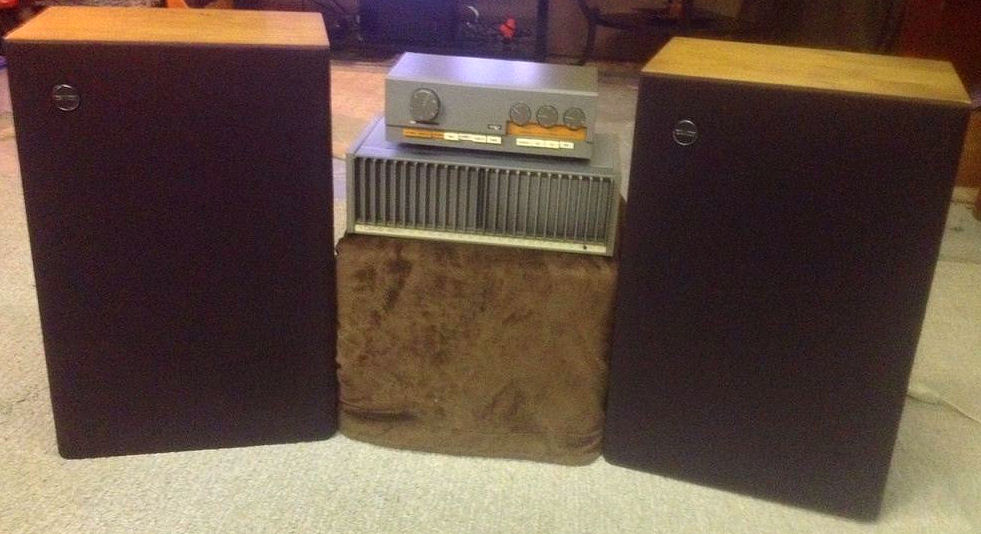 Home stereo set, or: how to get amazing sound at home ^ 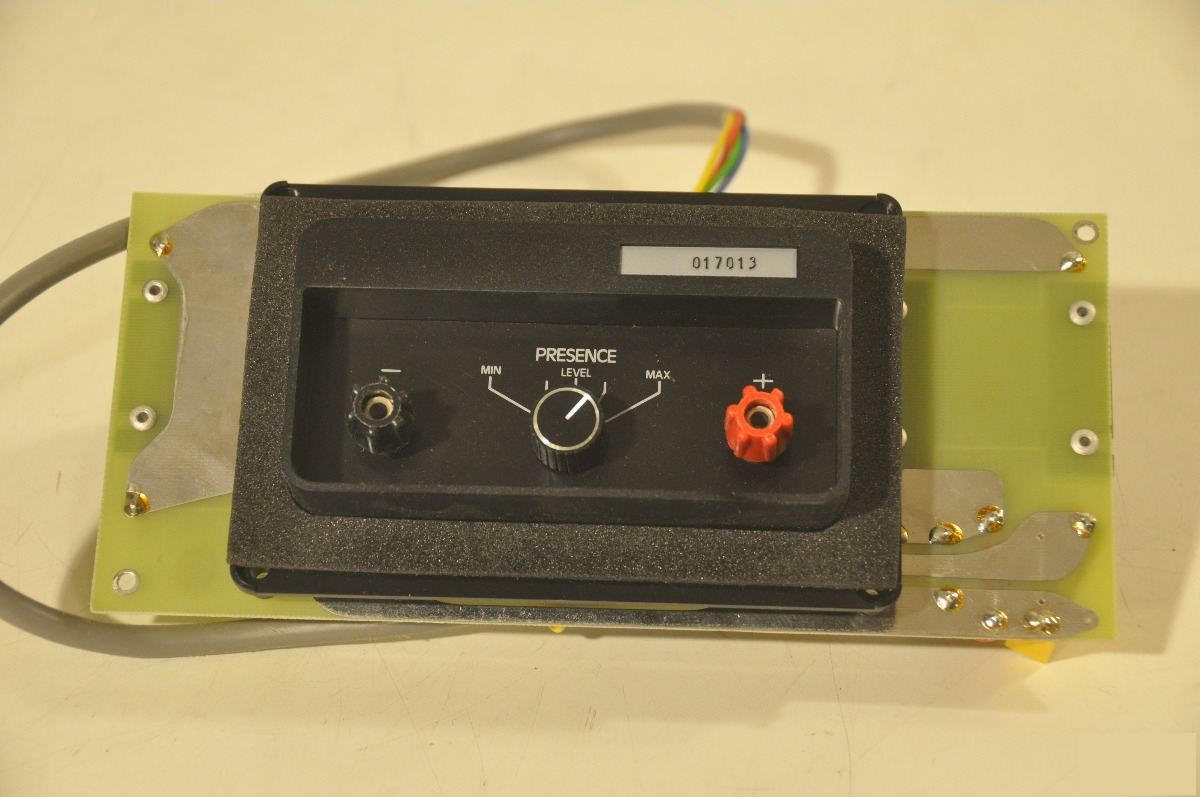 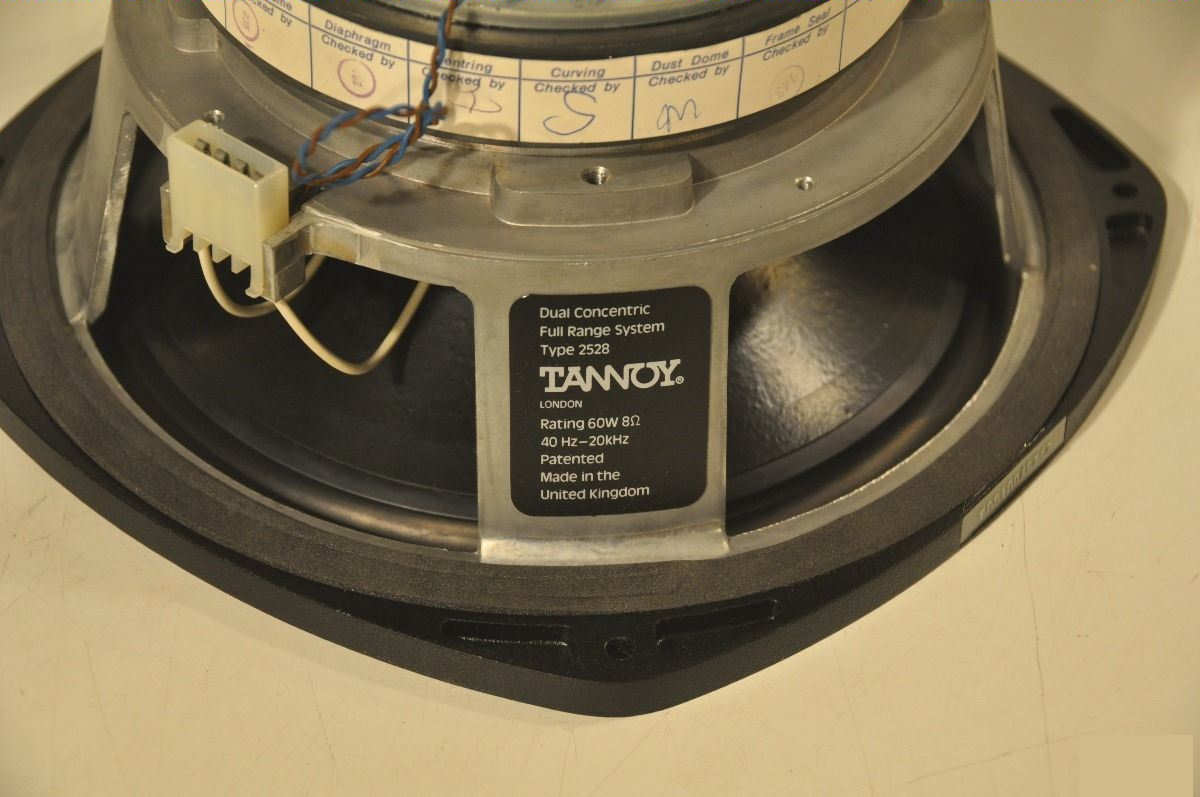 ID plate on the driver ^ 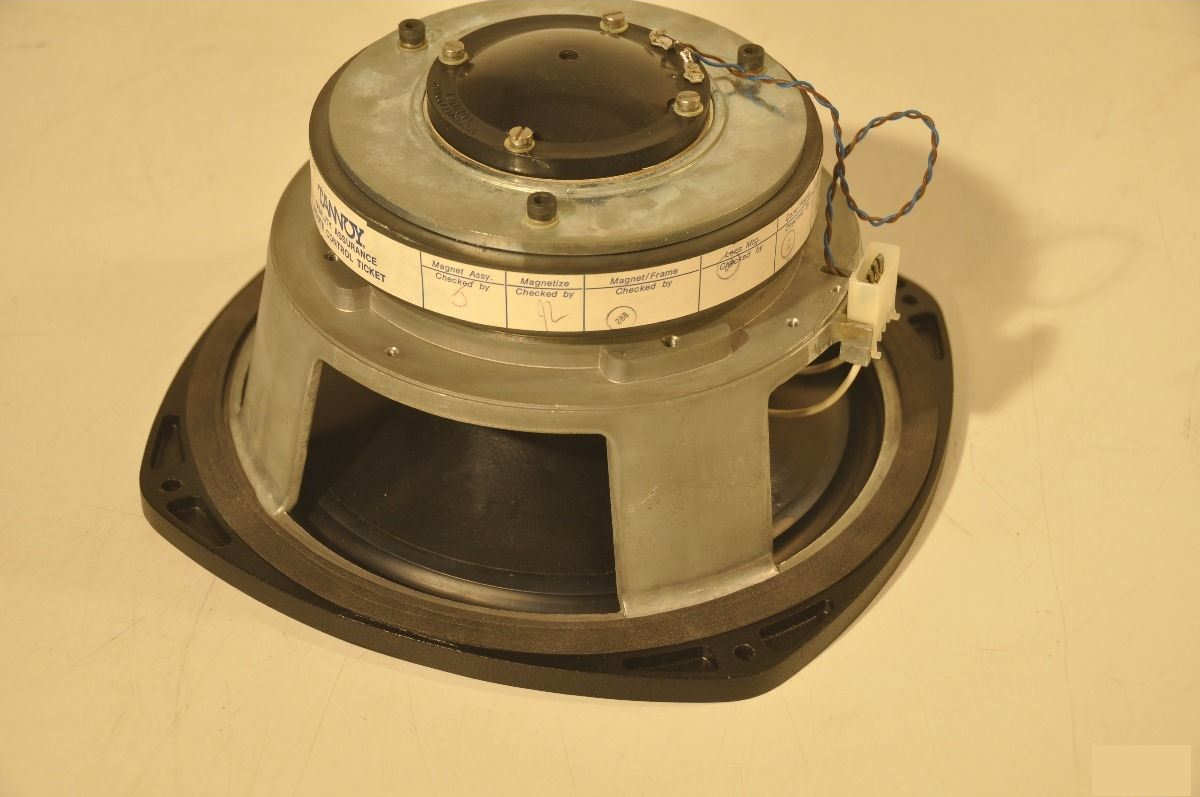 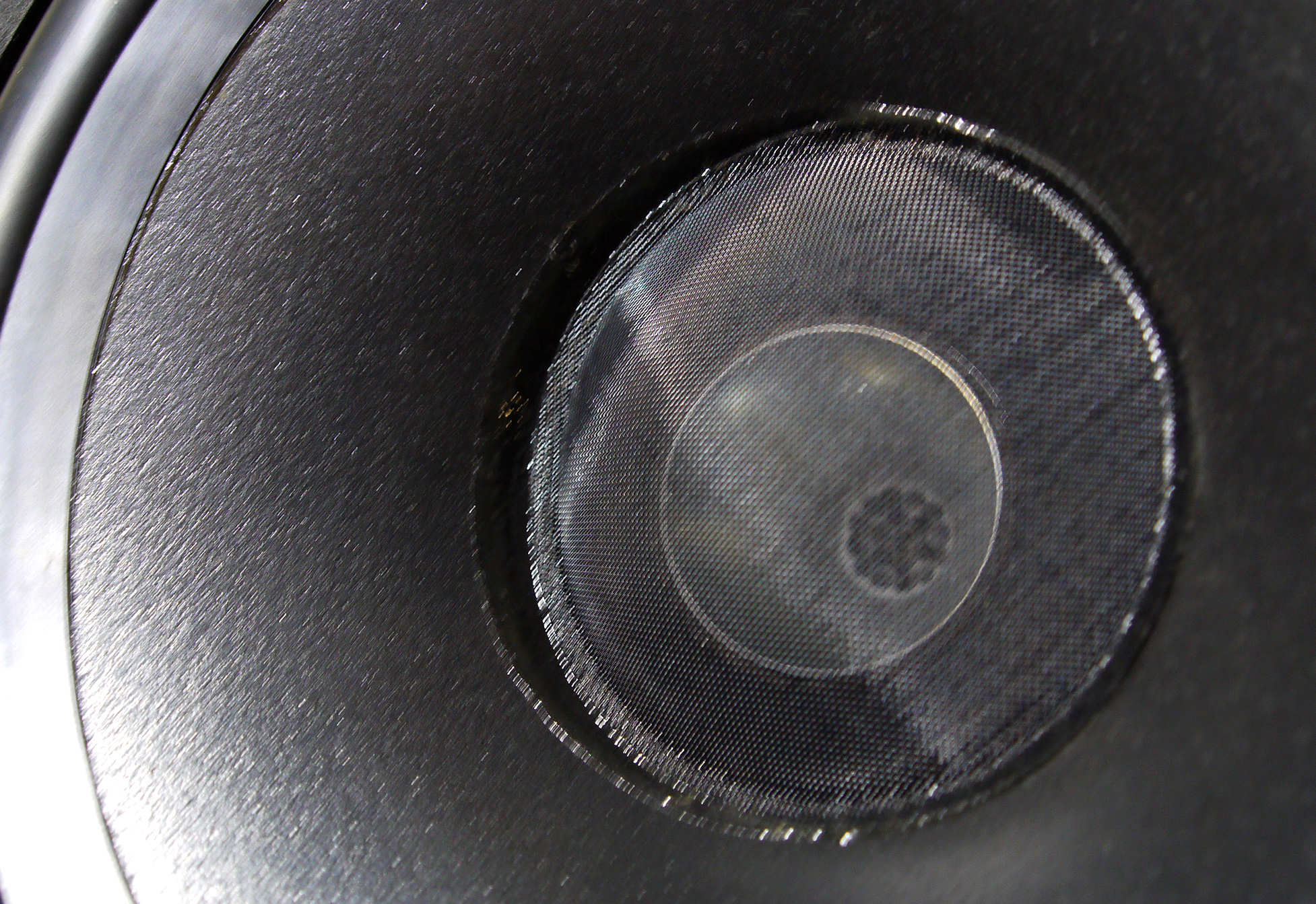 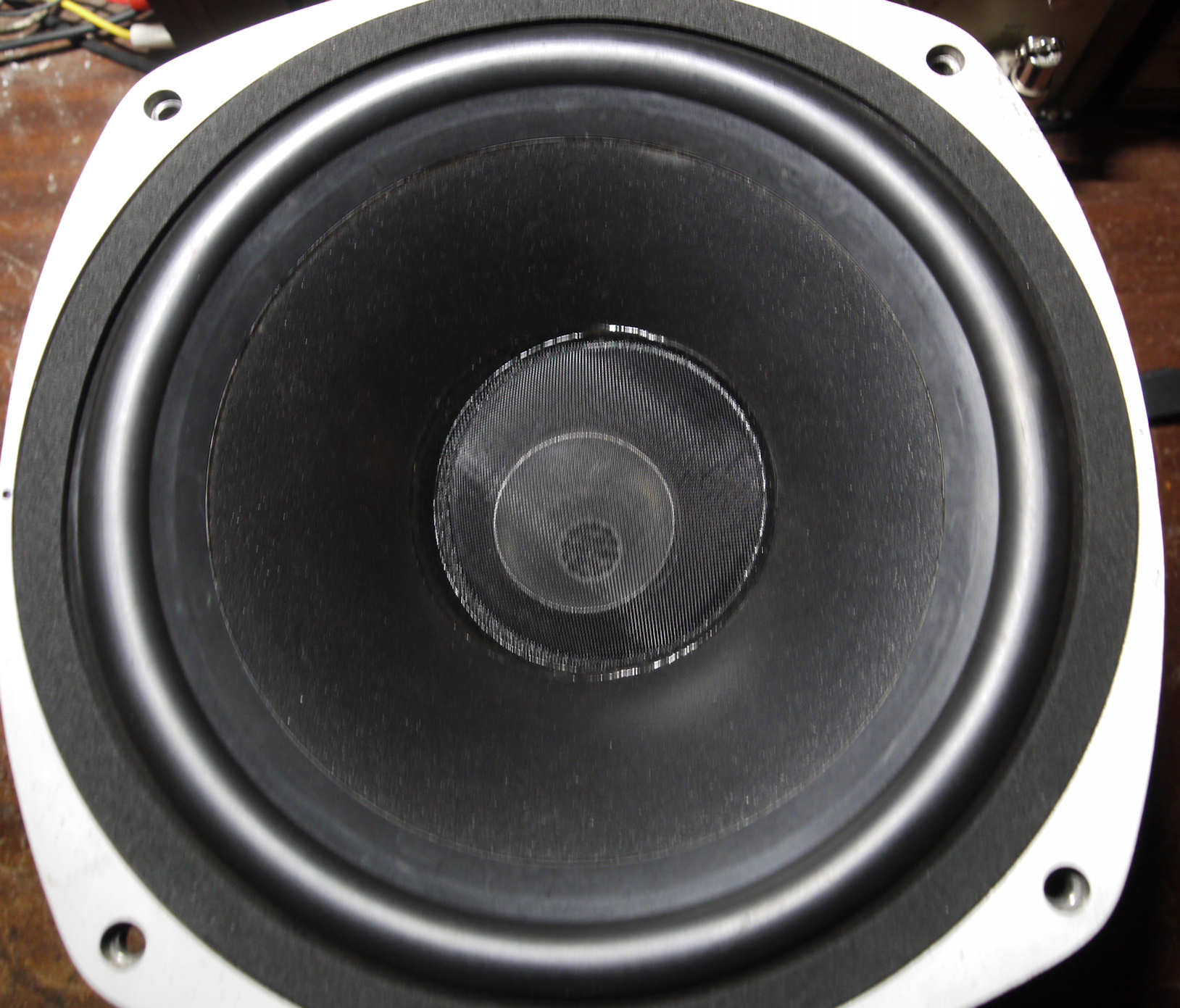 Sound of this driver is not ok ^ 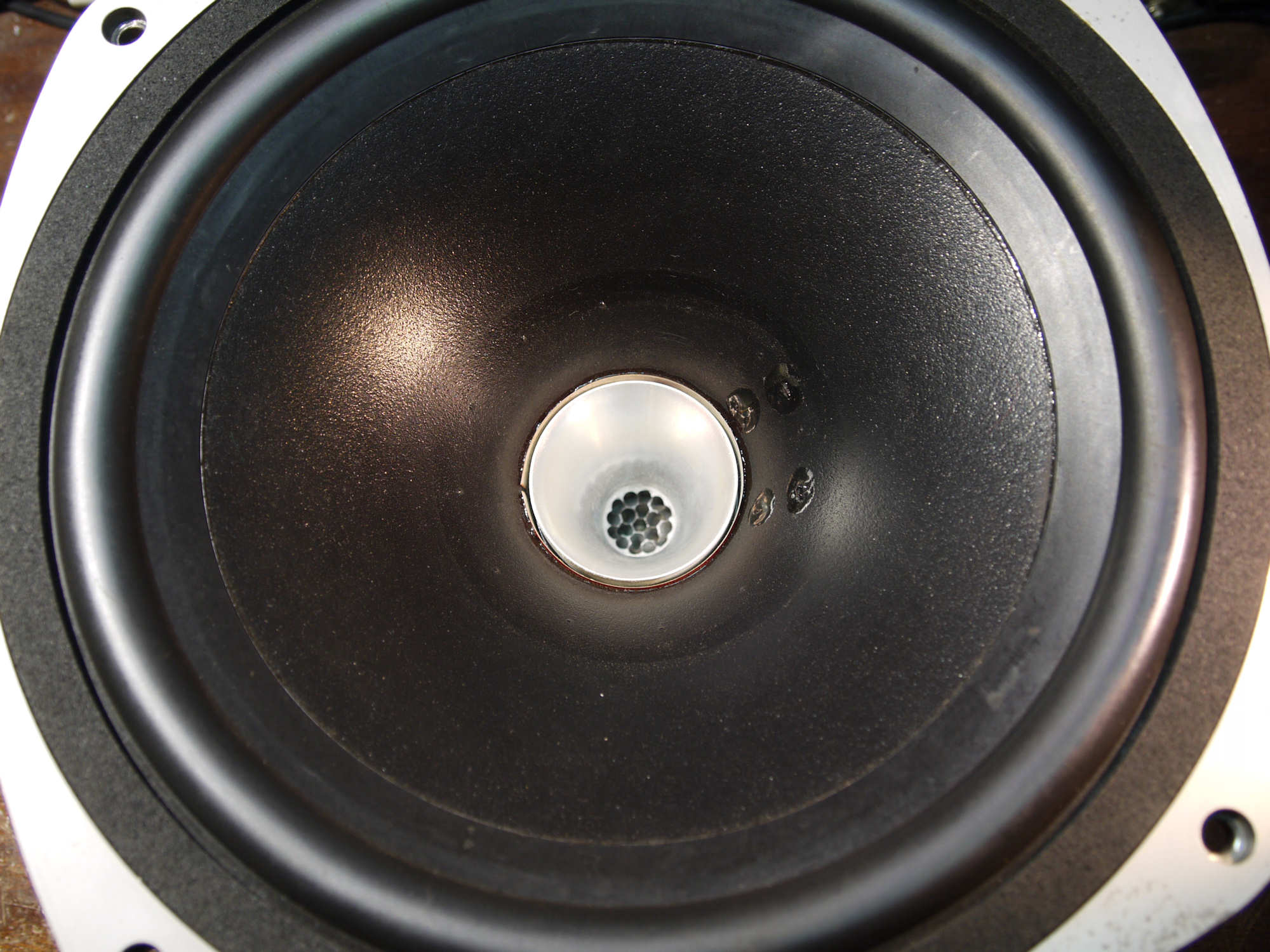 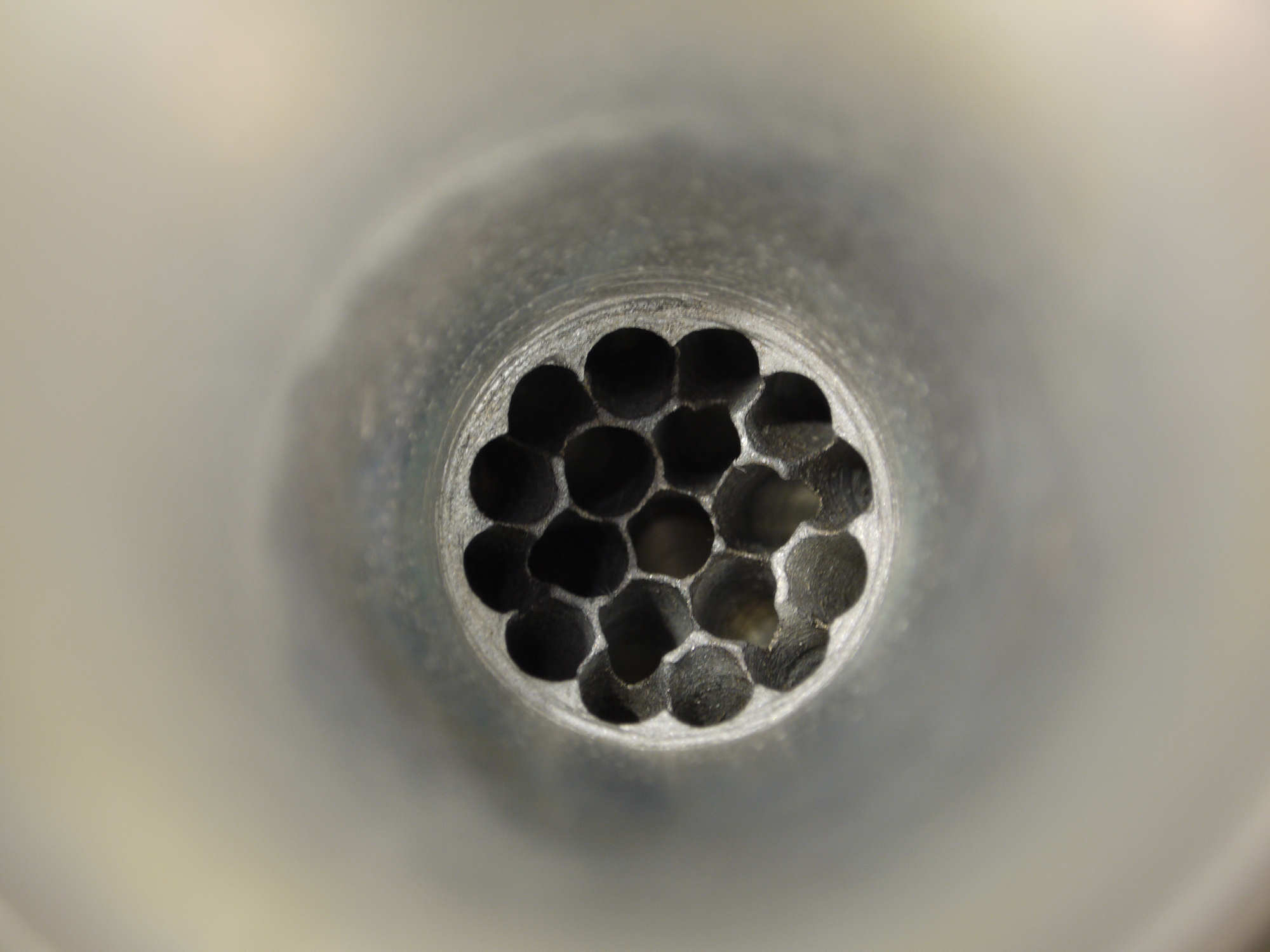 Close-up of the Pepperpot ^ 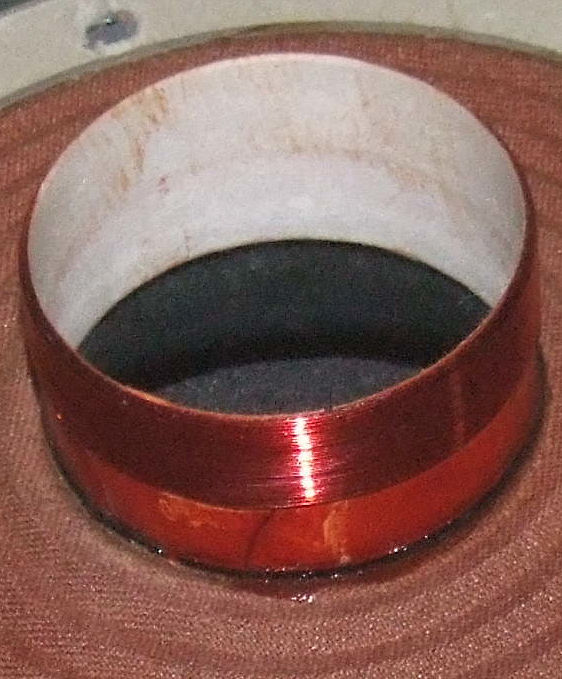 This is how the voice coil should look like ^ 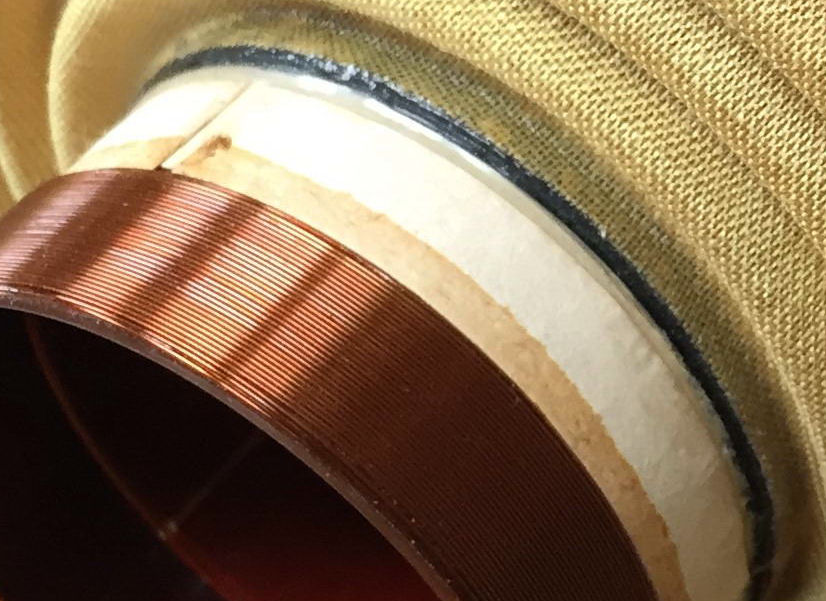 how it should look like: close up of the wire ^ 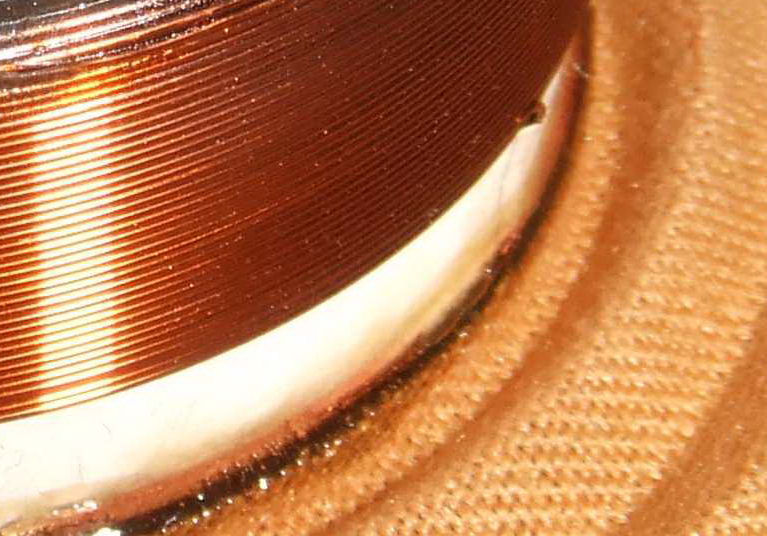 What I found on the coil: slight burning traces on the wires: this coil had too much power. ^
The coil has discolouring traces: indication of power problems, or DC from a defective amplifier.
This coil must be checked, cleaned and sealed again. 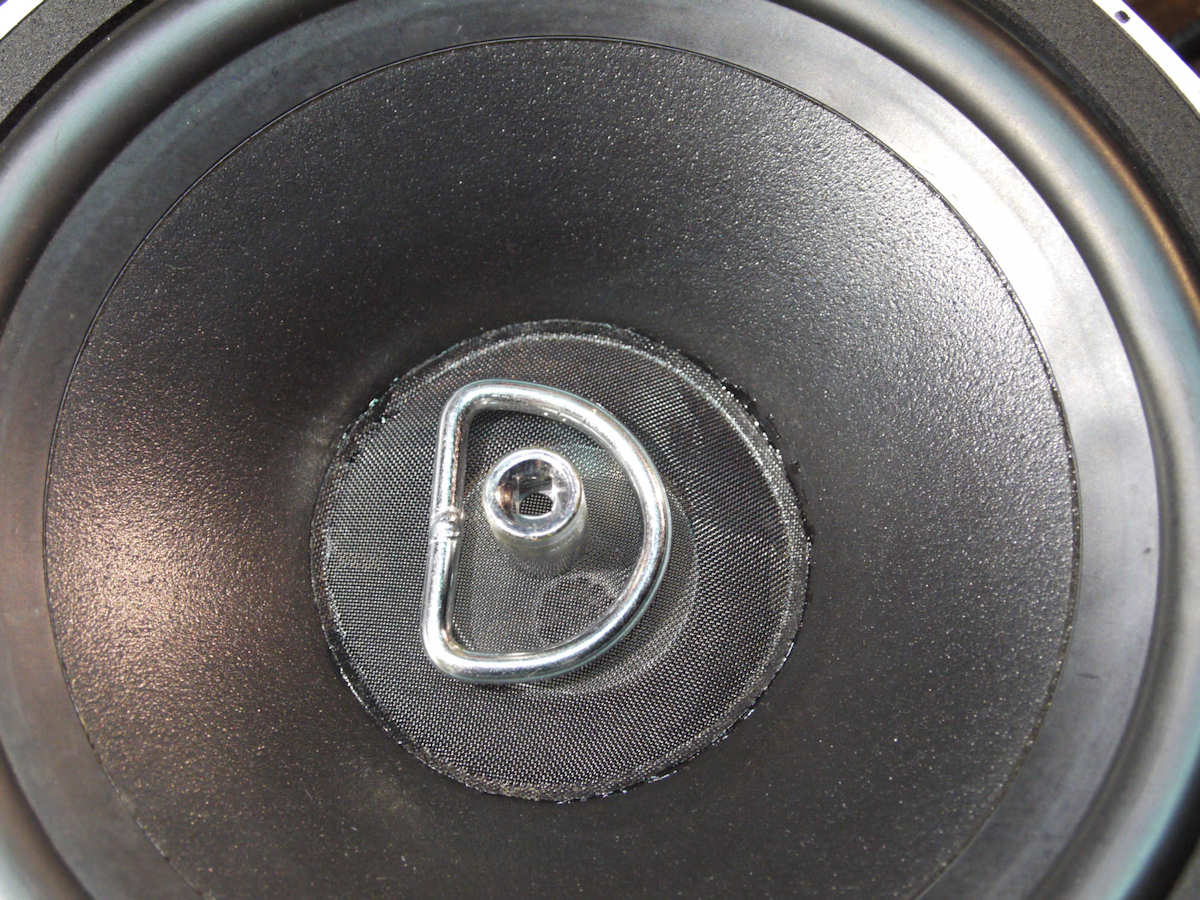 The problem with the driver is solved, bass cone replaced and recentered, dustcap replaced, let the glue dry ^ 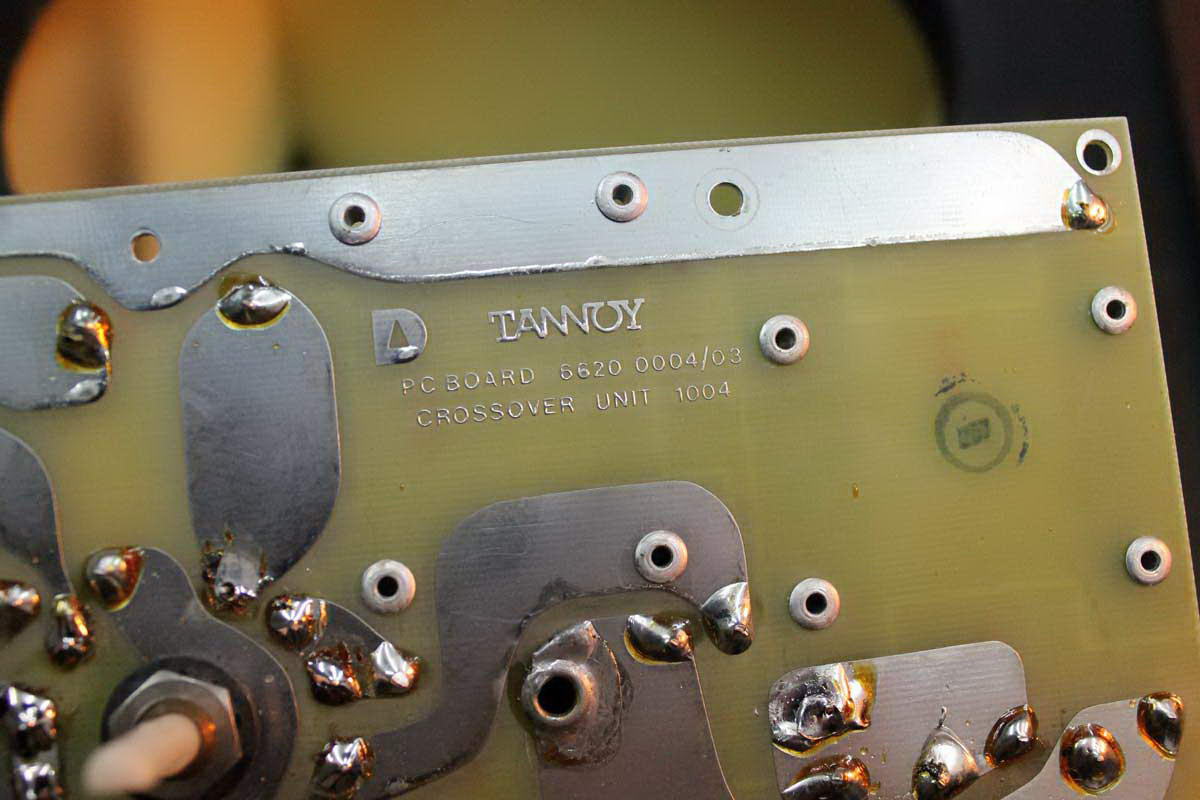 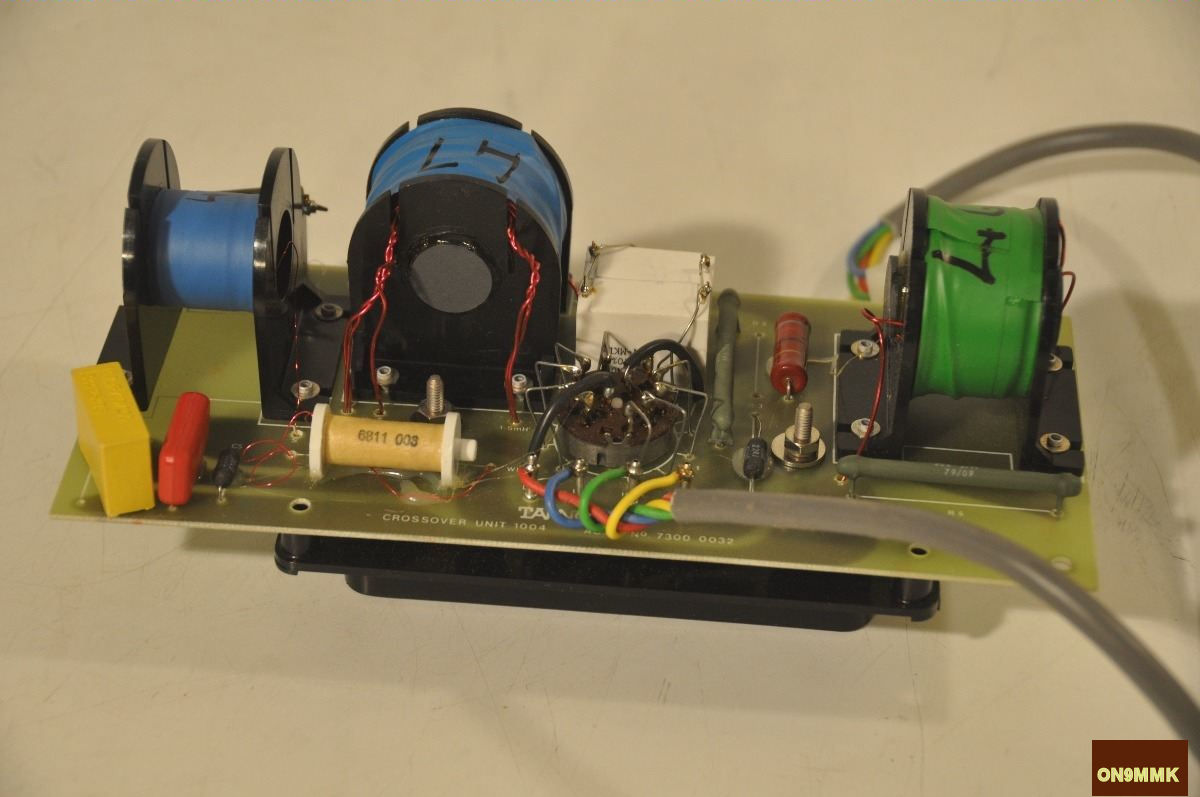 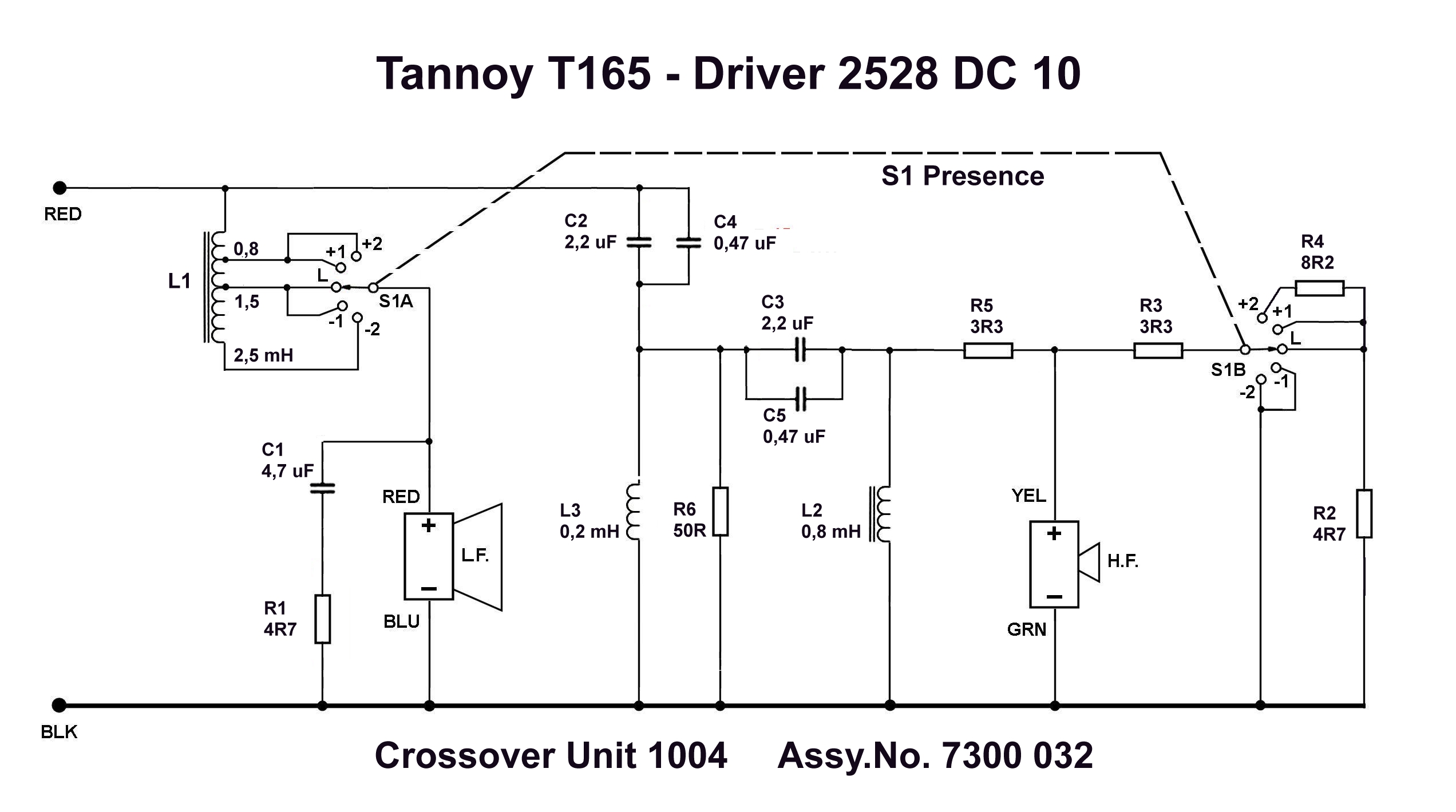 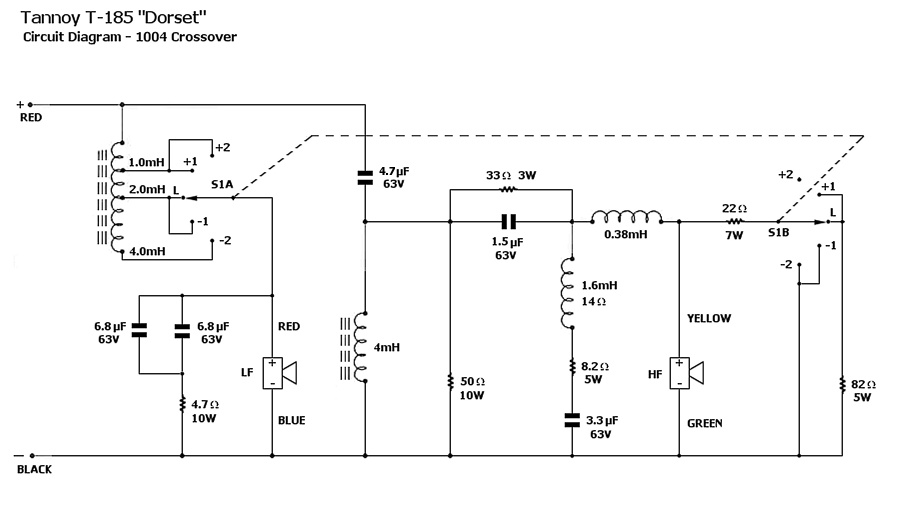 Variation on the same x-over: Tannoy #1004 also used in the Chester and Dorset.
Several versions of the #1004 x-over are made by Tannoy: many Chesters have a 4 coil version.
Its unknown why Tannoy made 2 versions for the Chester, even without different version #.