Below you can see an example of the war expectation in december 1939 in The Netherlands. Germany had occupied Poland and five months later in may 1940, Holland would be occupied as well. In 1939 the Duch were really afraid of getting involved in a war. All young men were mobilized in the army. Radio resellers like the below 'Aurora Kontakt', one of the biggest in that time, were insecure the radio parts would be available in the near future. Some parts had already become more expensive and they were unable to sell complete radiorecievers, they just sold parts, because some parts were totally unavailable yet. So they proposed a (built it yourself) 'mobilization-reciever' in their radio pricelist, that was easy to build with a minimum number of parts still available and that was cheap. It had only 3 tubes, one HF tube EF6 and one  rectifier EZ2. The power tube incorporated the detector as well: EBL1. The total cost of the radio was 20.91 Dutch guilders, that was really cheap in those days. The parts list was based on European and US parts, exept German parts, that were used for the internal market in Germany, read: to be used in war equipment.

The Dutch had to give in their radioreceivers to the Germans during the war and it was forbidden to listen to allied radio broadcastings, like the BBC (---.) and the Dutch free radio in London. I wonder how many of these radios were built and survived the war. 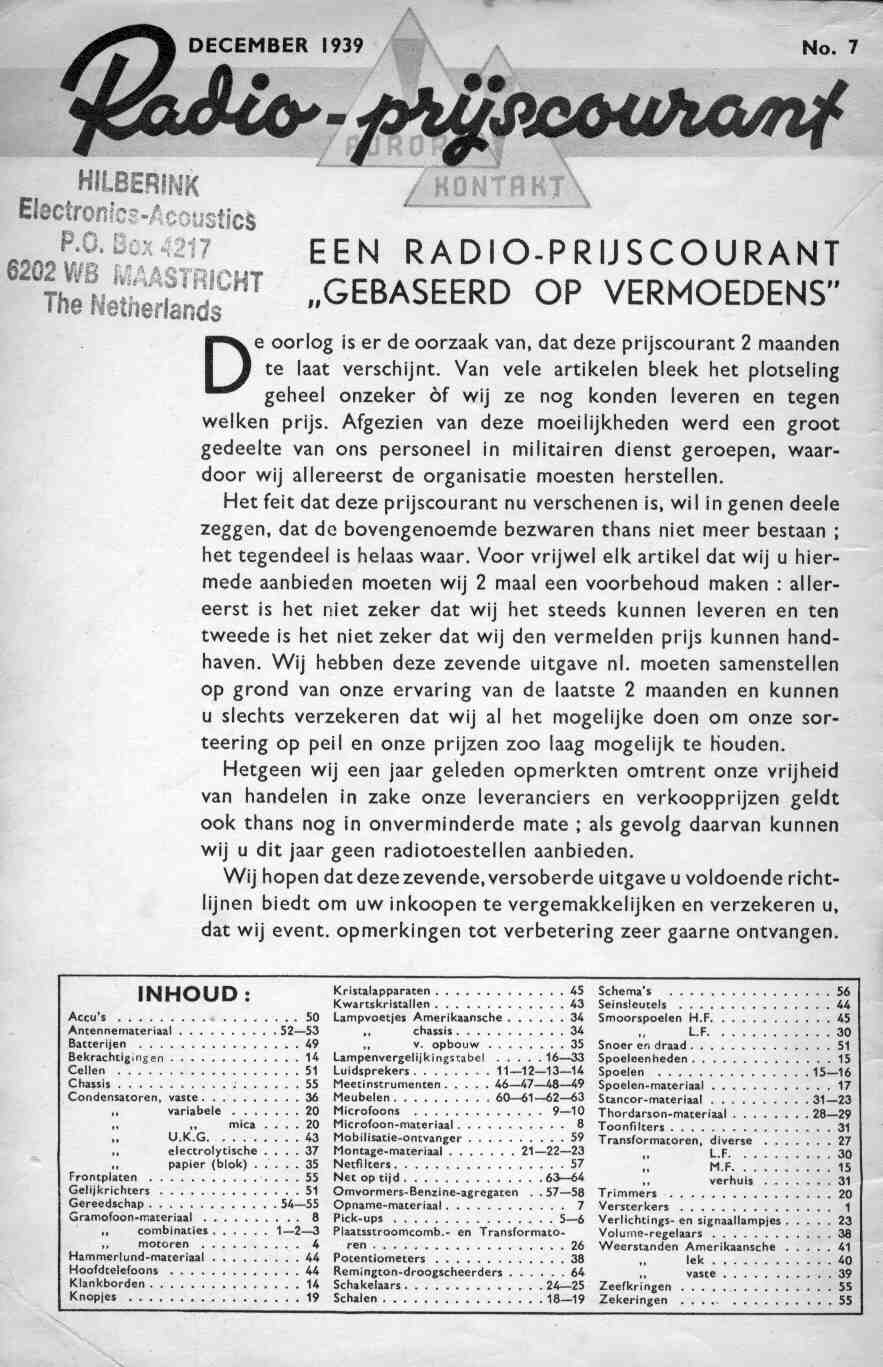 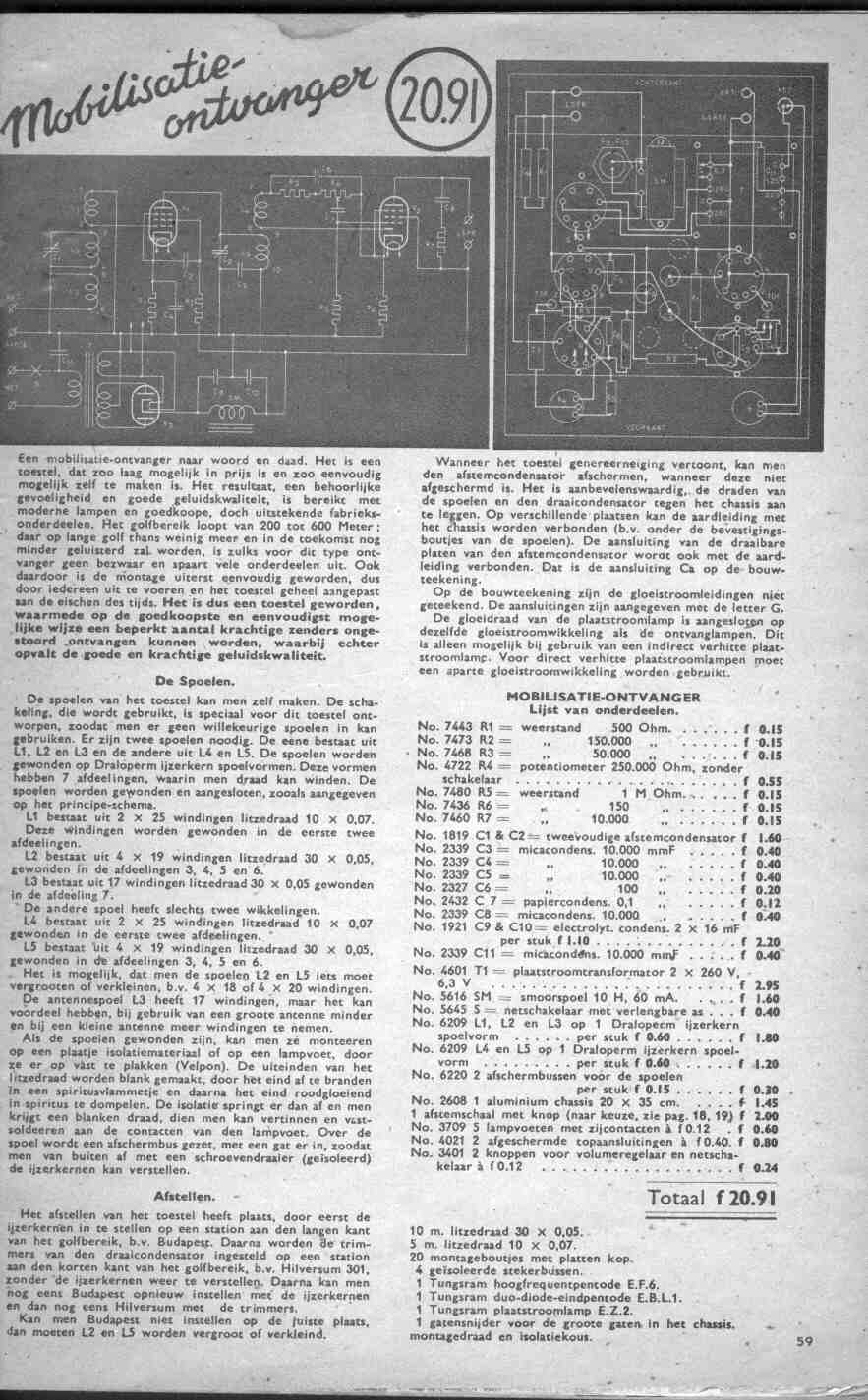