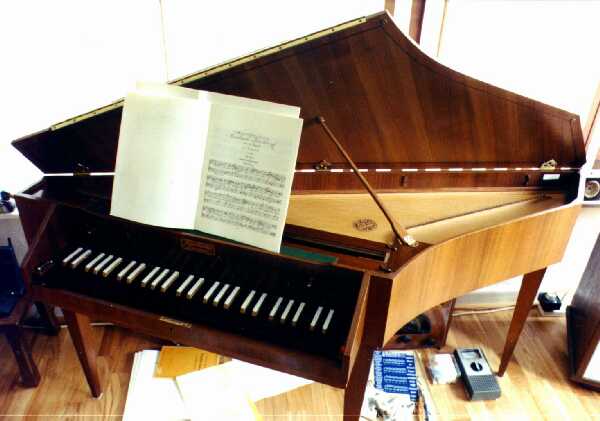 This small Harpsichord is a Bentside Spinet made by Sperrhake who lives in Passau in Germany Europe. (photo 1)

The spinet is a copy after the instrument, 'the bentside spinet', made by Johann Heinrich Silbermann ( *1727 - +1799 son of Andreas Silbermann the famous organbuilder) who lived in Strassbourg (Elzas), construction years: approx.1765 - 1770. (photo 2) 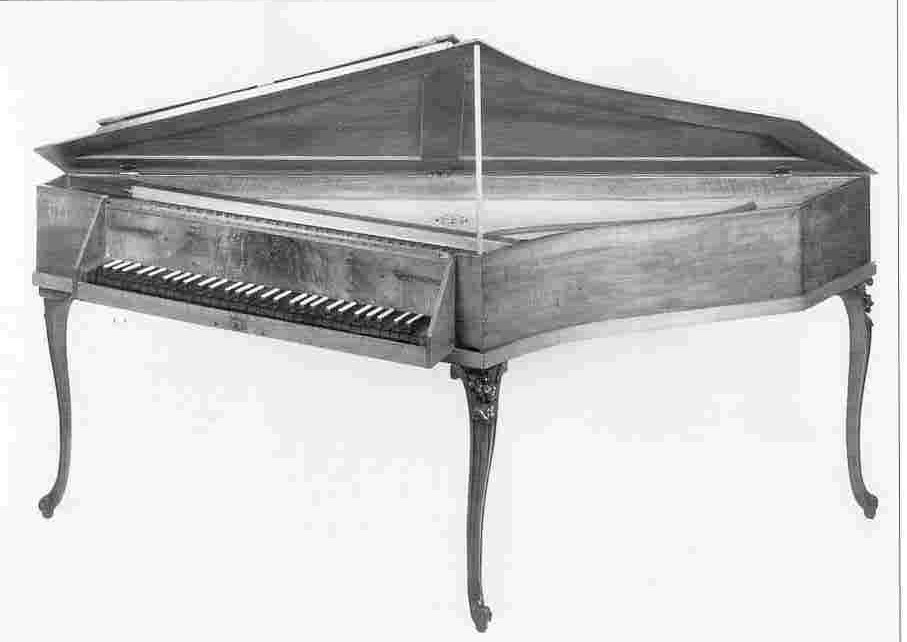 J.H. Silbermann made several instruments in this particular form, mostly it had 3 legs (like this Sperrhake copy) and some had four, on the right side there were  two legs. (photo 3) 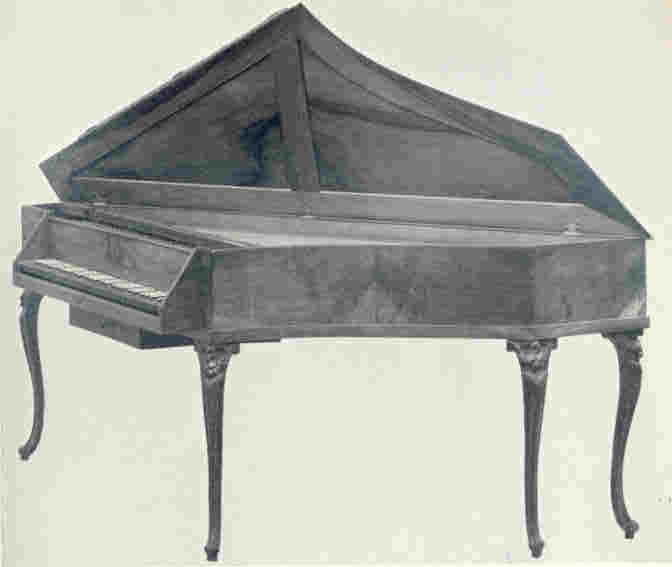 Originals of this instrument are found in Belguim, The Netherlands, France and Germany. These instruments were built for home use, they are relatively small and light compared with full size harpsichords, the legs are removable. The sound is warm, but thin and delicate. You can lower the loudness of the instrument by closing the top lid. The docks by Sperrhake are partly made of modern materials, to lower the influence of temperature and humidity on mechanics and the touché. Playing techniques are very different compared to the pianoforte. My instrument is made somewere in the 1960's and is well built, completely after the tradition of these instruments. It has one rose. The instument has one manual 8'. The discant strings are made of a kind of steel and the bass strings are of a special sort of bronze, as mostly used in these instruments. The case is not an exact Silbermann copy, it is a copy with the typical influences of the mid 20th century. The spinet is in perfect shape and is tuned in a 'middle tone' temprament (temperatuur), pitch a = 440 Hz (photo 4). Keyboard range is smaller than the original: C - f '''(3). The picture (photo 1) was made during a tuning session. 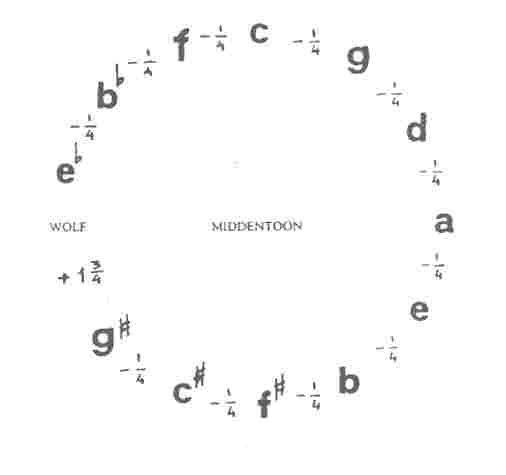 Some more photos of bentside spinets: 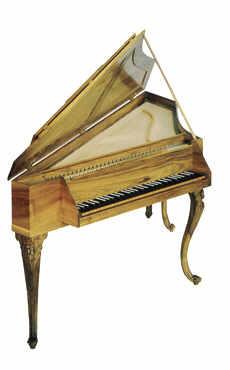 A spinet after J.H. Silbermann (1767) made by Marc Ducornet from Paris France. (photo 5)

This is a Hubbard kit from the USA, built your own spinet! There are more harpsichord builders all over the world, who can provide you with a kit. (photo 6) 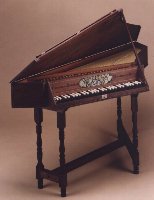 This is a copy of an English instrument made in the USA. (photo 7) 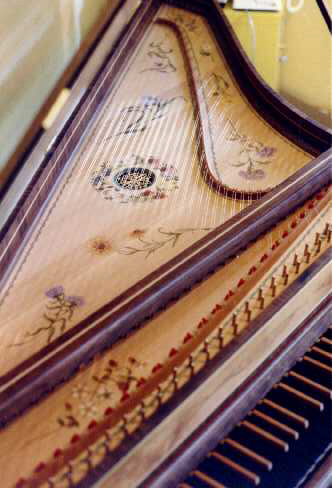 Many spinets were beautifully painted, it is still done today: the decoration on this instrument is by Peter Tkach, a USA harpsichord builder. (photo 8)

This is an English instrument made by John Storrs from the UK. (photo 9) 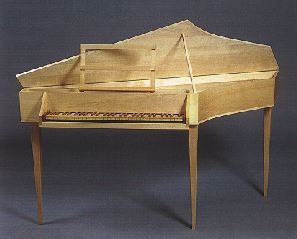 This spinet kit is made by 'The Paris Workshop' France and was inspired by an original instrument dated 1770, built by Albertus Delin (1712-1771) in Tournai (Doornik) and now preserved in the Belgium Brussels Musical Instrument Museum. This kit is very light: weight is only 17 Kg, legs excl. This kit is also sold in Australia by Carey Beebe Harpsichords. (photo 10)