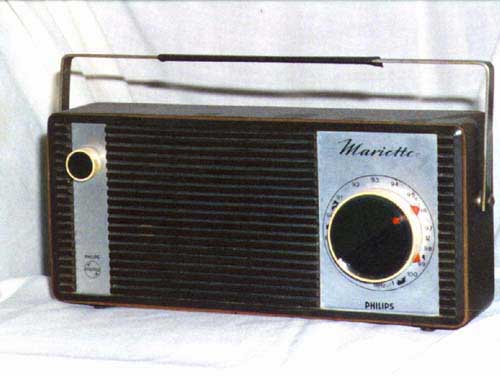 Portable made in Holland in 1963/4 - 7 early Philips Germanium transistors - FM only radio,
with frequency range of 88~108 MHz - wooden case and plastic back and metal/plastic front - the dial has three hilarious presets: the red indicators on the dial are these presets that do not work conveniently due to a rather sensitive dial knob - the schematics of this radio show a traditional design with typical Philips ingredients, the IF is coiled and on 10.7 MHz, the frontend consists of 2 common base transistors of the OC170/AF117 series of Philips - supply is 6V by 4 'D cells' - the output stage is capable of 500 mW and the speaker is a Philips with a relatively heavy magnet, so the sound is very good and reception is good considering the older transistors, compared to other FM radios of those days this is the better radio.

When you are interested in more FM-only radios, visit the website of:
Andrew R. Mitz  -  FM-Only Radios:   www.somerset.net/arm/fm_only.html 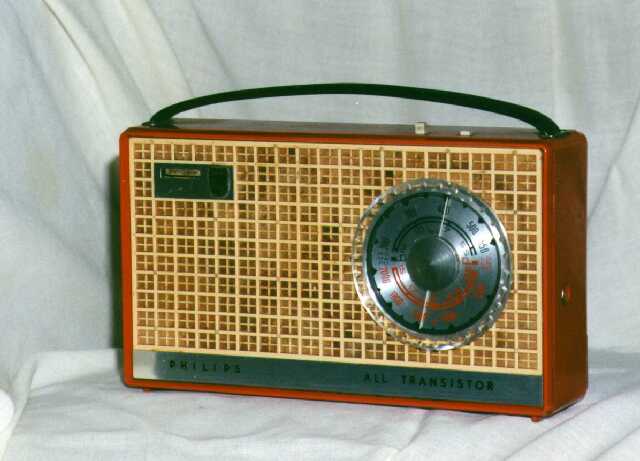 Made in Holland 1962 - very nice radio has MW and LW - plays well, has very good LW - sound quality is very good even on LW - has pcb but not all parts are on it like var. condens. -

one of the earlier popular transistor radios of Philips. 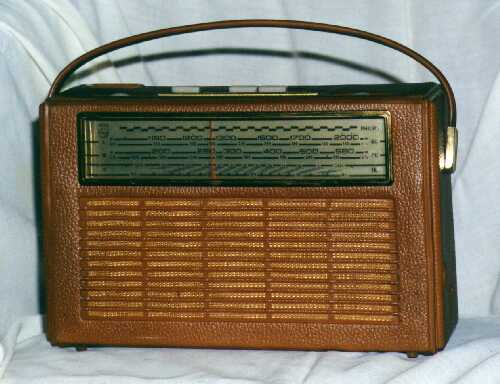 this radio plays badly and stops playing very often, repairs do not solve the problems because they are in the design of the pcb and case - all radios with this chassis of Philips suffer these problems - the type # indicates /09, that means that this is the ninth update of this chassis, there sometimes are updated chassis by Philips, but 9 updates is not common by Philips. 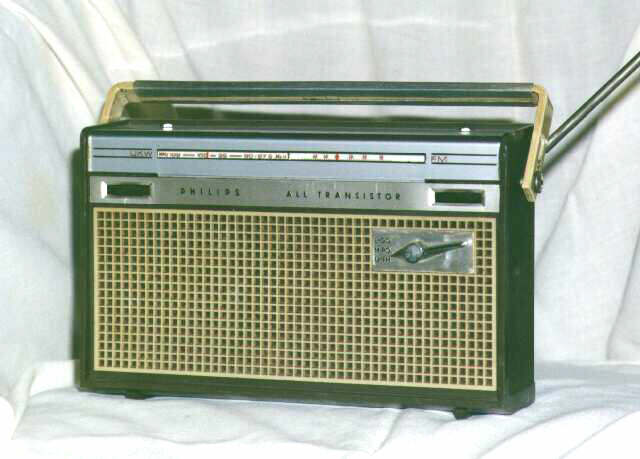 This has been a vey popular radio among HiFi fans, because it produced the better sound. On the picture below you see a picture by Herm Willems of his family: his brother Rob Willems and their mother, baking a cake, with a L 3 X 32 T on the kitchen table in the year 1963. 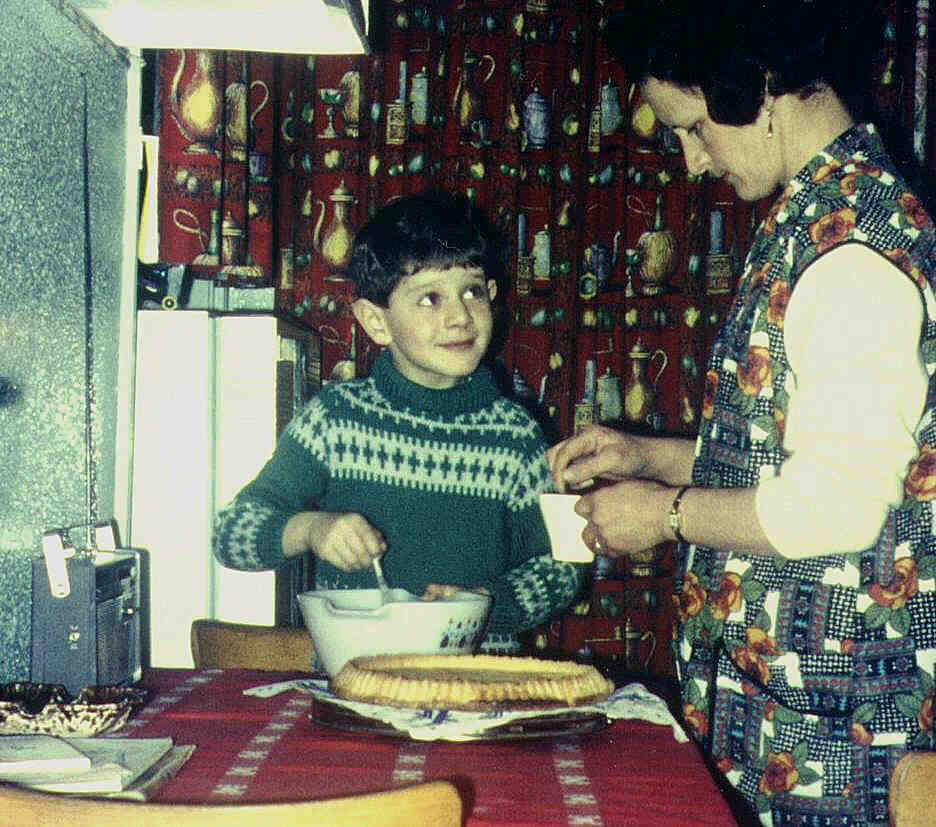 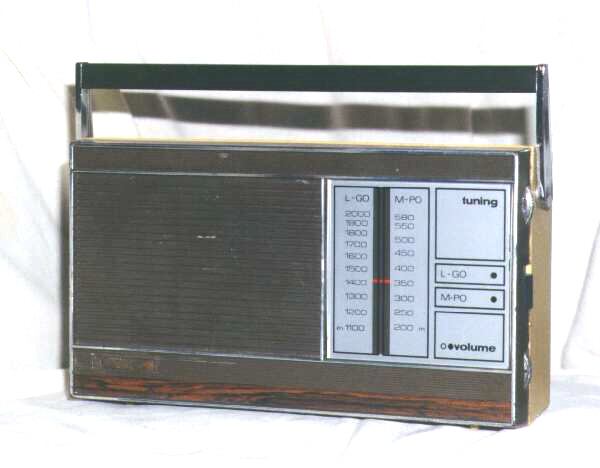 Radio made in Holland in approx. 1965 - 6 Philips germanium transistors - has small pcb and all parts are on it, rest of plastic case is empty and serves as acoustic cabinet - nice big speaker - has LW / MW - needs 5 'C' cells. 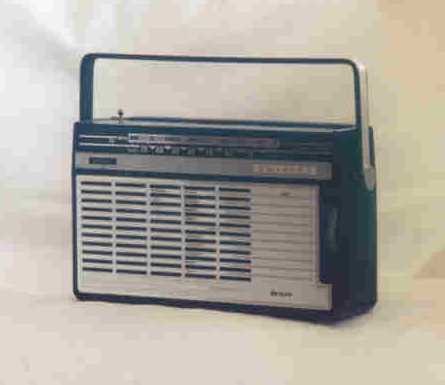 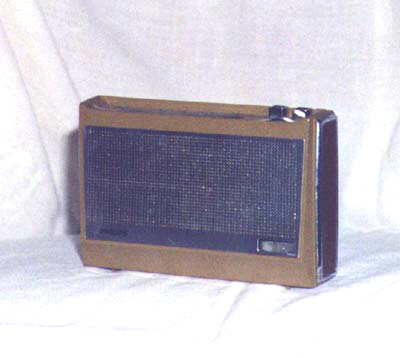