Below you see a box of Van der Heem they sold their transistors in, when sold by the hundred per box. 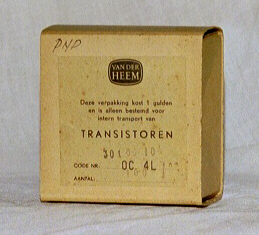 On the box you can see that the content of the box was the transistor OC4. The box was used to transport transistors in. The box price without contents was 1 Dutch guilder. 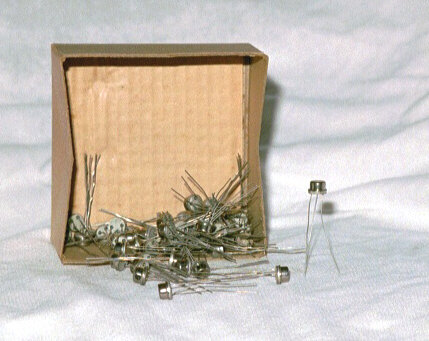 Above and below you see the OC4, made in the mid 1950s, it was produced by companies as TeeKaaDee, Telefunken, RCA, Ates and others. The specifications of the OC4 were supplied by Van der Heem. The OC4 was a LF transistor for amplifiers and LF output stages. It was a member of the OC-family that consisted of OC3, OC4 and OC5. The OC3 was a LF preamp and the OC5 was a HF transistor. On the transistors was printed : 4L or 5L and the VDH logo and a lot #. 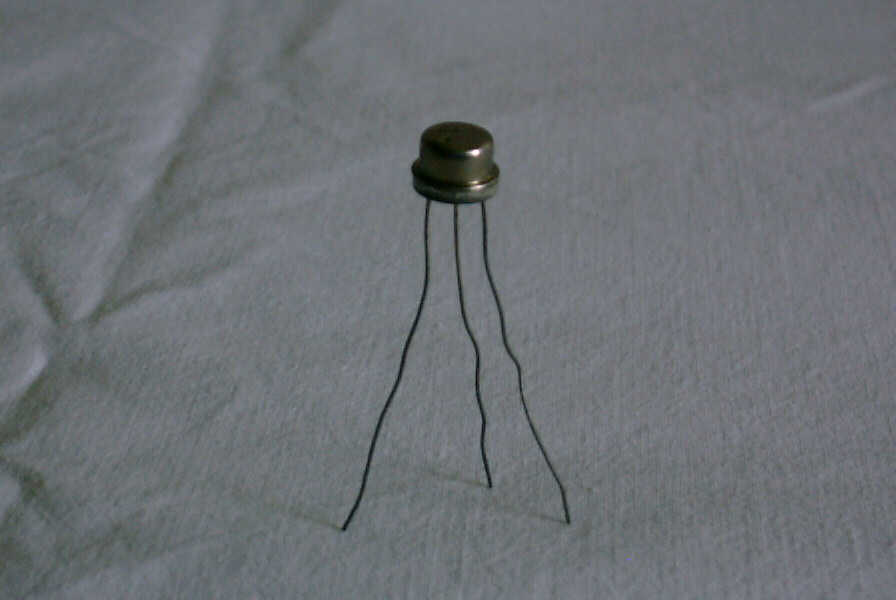 The specs of these transistors are: 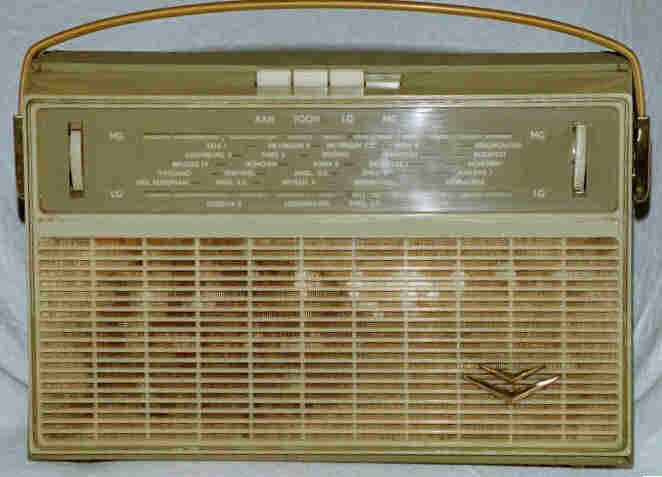 The OC-series was often used in 'built it yourself' schematic diagrams of Amroh Muiden Holland, like the UN-51 two transistor reciever and the UN37-T three transistor reciever, both of 1957. Amroh issued electronic magazines like 'Radio Electronics' (RE) and Dr. Blan. Many 'Step by Step' recievers of Amroh contained these series of transistors, they were cheap, reliable and gave excelent performance.
Amroh also used these van der Heem transistors as "their own brand" AMROH and so made these transistors the legendary Amroh OC3 and OC4 by giving them the name:
"Amroh Musistors".
(from: musical transistors, or: low frequency audio transistors)
AMROH used them as direct competitors of the Philips OC13 and OC14
and the OC70, OC71 and OC72.
The OC5 became the direct competitor of the Philips HF transistors OC44 and OC45. 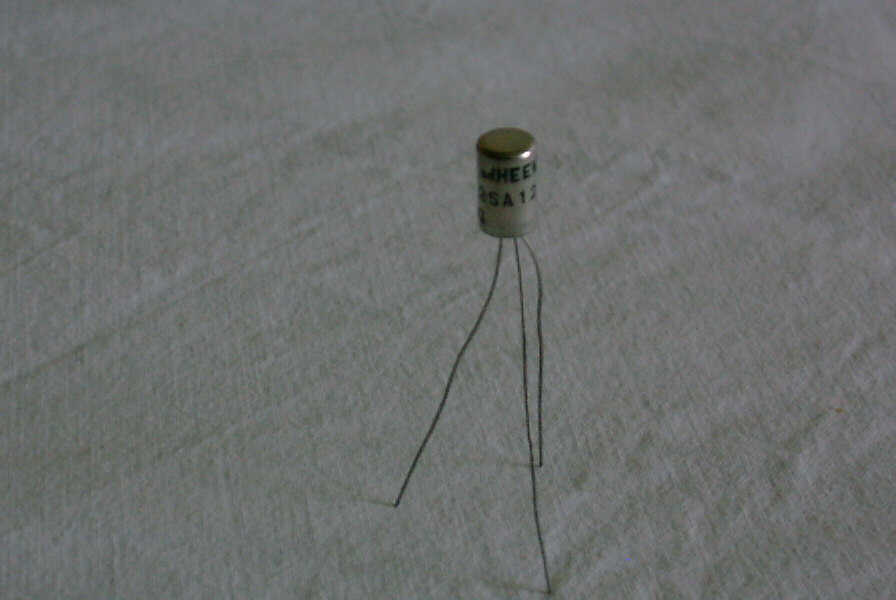 Below a photo of Jan van Der Heem (left), one of the company owners of Van der Heem, with one of the directors of  Erres, a radio working company of R.S.Stokvis company. Stokvis also imported  motorized bykes like this Solex (France) and other products, Van der Heem produced the motors for this bike. 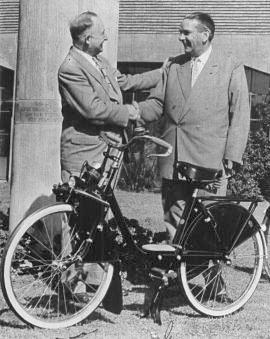 Van der Heem and Stokvis fusionated their companies in the 1960s. The whole company was then taken over in the 1970s by Philips Eindhoven.

Below one of the Van der Heem factories. 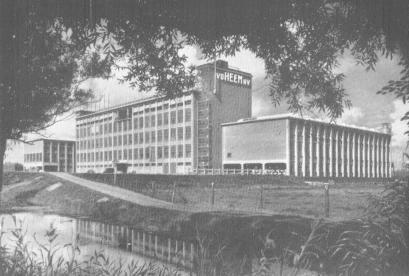 For more info about the laboratory of Van Der Heem: